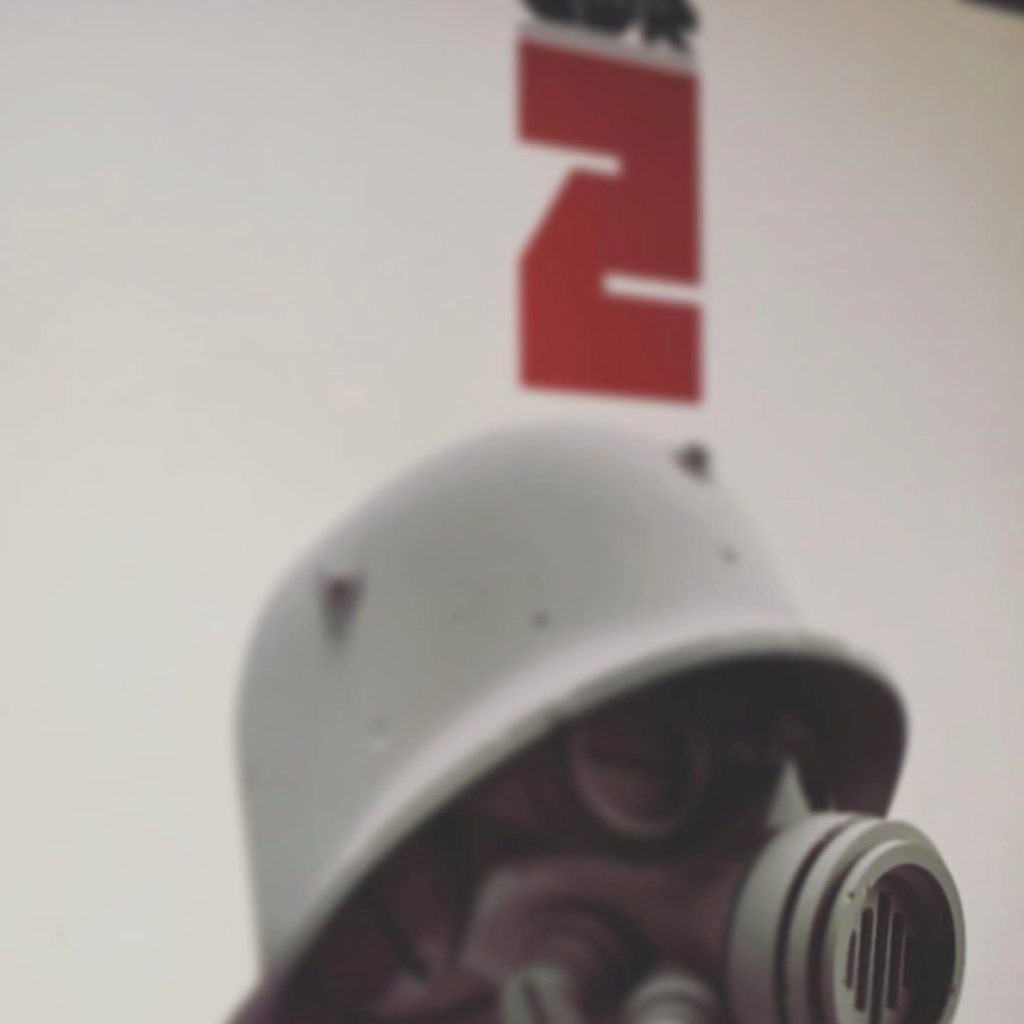 (sorry for this bad joke, but it looks like the virus is spreading undiscovered like hell here in germany ove the last few hours and people slowly starting to get scared and crazy...maybe its time to prep and play more with my Noms i guess...)

Looks a bit like a white or grey version of Von, but Ash already stated its not Von2.

Can`t wait for the drop, and finally hunt down a Von the meantime...

Amazing looking sculpt.
I wonder if this is a "wait another month for another blurry blurry" or the start of a real WWR2 offensive blurry.
_________________
alles sal reg kom

gar wrote:Amazing looking sculpt.
I wonder if this is a "wait another month for another blurry blurry" or the start of a real WWR2 offensive blurry.

I agree, this looks very promising. Always a fan of new NOM characters. One thing I want to point out about the eyes and it may be just my screen how I'm looking at it but it does look like he has slit eyes in the goggles but again this may be how I'm perceiving the blurry image.

Yeah, most likely slit eyes. We did get slit eyes with Hoaxer One Irimi.

gundamben831 wrote:I agree, this looks very promising.  Always a fan of new NOM characters.  One thing I want to point out about the eyes and it may be just my screen how I'm looking at it but it does look like he has slit eyes in the goggles but again this may be how I'm perceiving the blurry image.

Chivo wrote:Yeah, most likely slit eyes. We did get slit eyes with Hoaxer One Irimi.

Noticed that as well.

Mortis Hoaxer is a unique and one of the most surprising female Popbot figures released so far.
Totally regretted not getting her when she was available on Bambaland.
In hand she's even better.

I wouldn't mind a female character in the robots and men dominated world of WWR.
I don't count Supreme NOM, which looks pretty out of sync with the other characters of the WWR universe.

A new NOM is a good way to restart WWR (or start WWR2)
Just the detailing in the sculpt of the mask and helmet seems to blast past the threeA releases of old.
Would be great if Underverse is able to expand beyond what we've grown accustomed to from threeA.

I wonder in which price range these will be offered.
Since I am totally unaware of pricing of 1/6th scale designer toys these days.
To get a fix while waiting for new releases by Underverse I was only able to find a couple of old Adventure Kartel releases
and somehow totally failed to obtain any of the WWR robots on my regret list.
I think I should stop making dishonorable proposals to potential sellers.

Maaaaan,... I'm digging this. Ash said he was working on "Nomad De Plume Nom" so we'll see what this ends up coming to life as.
I'm seeing a bit of Marquis, a bit of Von and some newness like you all mentioned on the eyes.
Show us the hoses!

Can't wait,... but taking a month would be fine with me too.

I need to see the whole figure before I get excited. I didn't really care for Von. I prefer the much simpler originals. But yeah, I hope there is something fresh about this design that says, "POW, BA-DAMN!!!" and gets folks excited.

I kinda liked Von. Signs of that being obvious may also be apparent. . .

You're right though, I also want to see the whole package for sure.

For me,...the "whole package" always was the full reveal, hopefully two or three poses from Ash at different angles and then his snippets of story line for this particular Nom or De Plume. I mean, these guys all deserve stories. I felt I was buying a piece of story after each release and that was definitely part of it for me.

And by the way, hey hey geisT! Hope all is well in Deutschland

all okay, but something dark coming up...prepare and save, crash cummin...but we always knew...

Looks good. Can’t wait to see the rest and what else is to come. 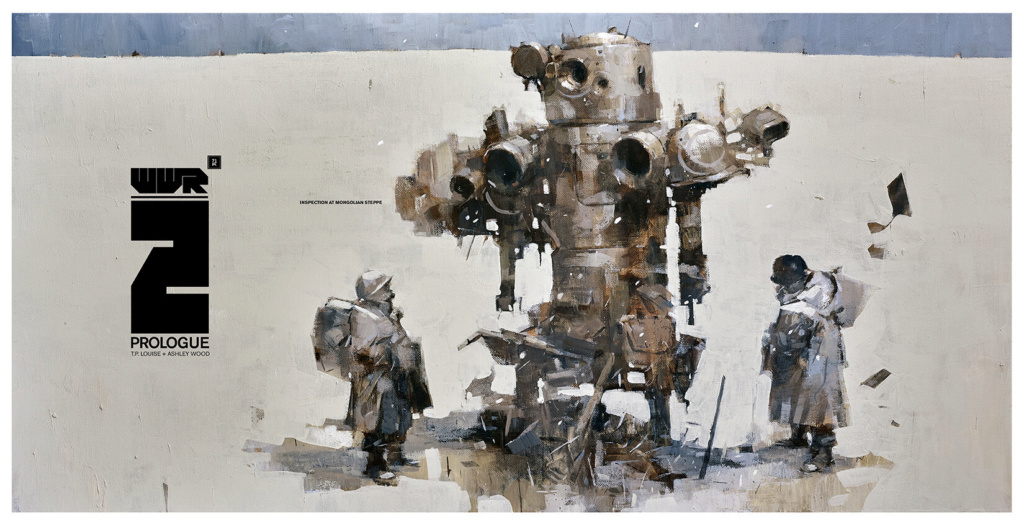 Fun lil format. Picked up the special edition they had on sale at US Venture.
Definitely grabbing this one. 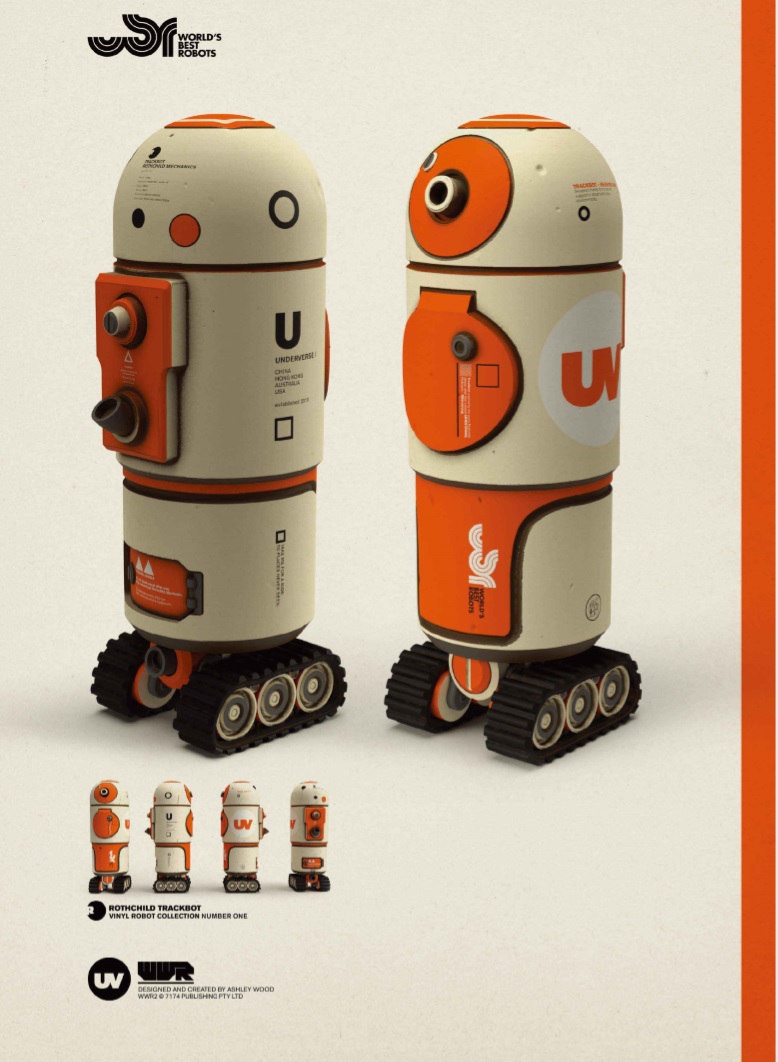 Thanks for the info Gregory!
Will it contain anything?

There's a version that will contain something

But really, it's whatever you want to stash in it

Thanks gregory.
I already wondered what size it would be.

Besides very WWR-ish, to me the clean rounded forms and wide seams between the segments have a bit of a Simon Stålenhag vibe.
_________________
alles sal reg kom

Please keep me updated here!
This is still where I go for any ThreeA info and I really like the look of this!!!!

Thank you for the info ... it will go great with my Civic Defense bots ... if however it will not be a limited version ... I hope a future purchase for me.

Another pass for me.

I'm not a big player in the bots arena either, unless it contains a Nom or a Dropcloth inside.

And I'd prefer a flat Bramble head on top.