I might actually be interested in these given the scale. How large would a 1/9th Thug be? The original is something like 16 inches tall, so these should be pretty sizeable even at a smaller scale.

any info which one bamba, wonfest, and sdcc? 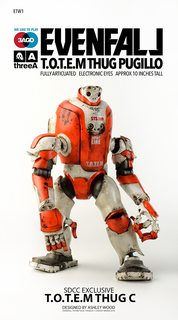 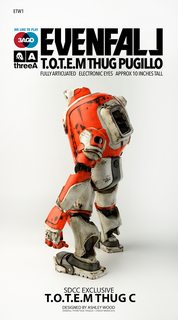 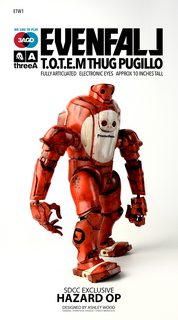 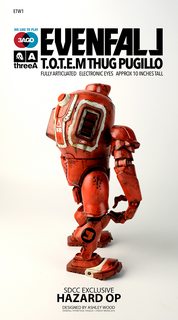 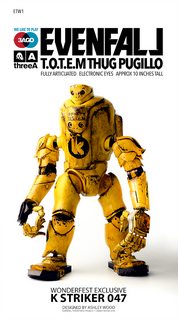 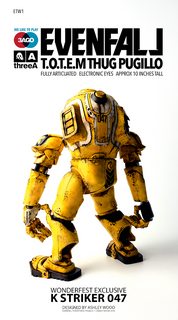 oooohhhhh... so all are exclusive.

$140 makes these pricey for 3AGO, but since they're probably 100% ABS I'm not too surprised. Not really digging how monochrome the new colorways are, sort of odd since the color layout's always been top notch on 3A's stuff. Luckily I'm already set with my 1/6th scale.

counterfeit wrote:oooohhhhh... so all are exclusive.

At least some of those will available on Bambaland according to 3A Blog:

3A Production Blog wrote:Popping up all over, $140 at shows.

My bet is Bamba wont get any of these. Bamba will get a black one.  Probably have a skull painted on it.

damn it all wanted a reg.

sup with "electronic eyes"? is that a fancy way of sayin leds?

sup with "electronic eyes"? is that a fancy way of sayin leds?

that is my guess.  Fancy electronic eyes!

3ago thugsuit with the discount would be worth it. i hope they bring a few colorways to bamba. i'd like a choice. 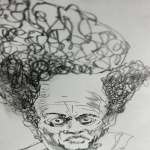 Ughhh... want that yellow one. Of course it's going to go for way too much on the aftermarket. Damn, 10-inches is a really nice scale for these too... 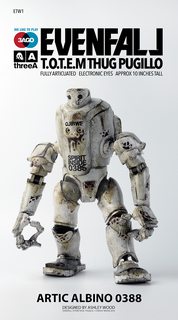 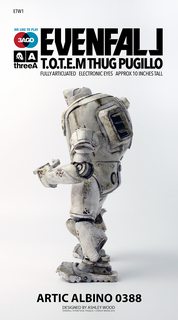 I like the white, really shows off the weathering. I sort of want a Strigoi in a fuzzy yeti suit for it to fight.

Hope they do the zero ground effect thug too

Rusty weathering + winter= must have!

No matter the name, I really like this 0388 THUG very much too!
3AGO turns out to be a nice scale for bots, be that Evenfall or WWR.

^
it's just his trademark typo I think

The white one is the only one I like out of the 4 but where is the all black one.

The black one if there is, may be a chase figure or a secret drop. Though I hope not

I couldn't afford the 1/6 scale version, so am I supposed to settle for the 3AGO instead? What's the point? It would serve only as a symbol of my poverty. It's just another example of class warfare from 3A. They think they're throwing us working class zeroes a bone or something by making an edition we can afford (case in point: see the recently up for pre-order AP wave). Now you too can get a taste of the high class lifestyle with the new and improved 3AGO EVENFALL T.O.T.E.M THUG PUGILLO! Wasn't this mech originally supposed to have a weapon of some kind? Nobody rapes you like a THUG with a club! I suppose they realized it was too much of a S.A.F.S. ripoff. Is any of this getting through to you?

I hate 3A, but I keep coming back for more abuse. What the hell is wrong with me? I guess I'm just a reopening old wounds kind of guy. I'm too much of a useless retard to build Ma.K kits, so I require the mecha style and detailed paintjobs that only 3A can provide... I'll admit it. The EVENFALL T.O.T.E.M THUG PUGILLO should have been a piloted suit, but it wasn't in order to cut costs. Come on, it's so obvious from the shape of it that it was intended to fit a person inside. They almost never create a robot with opening panels or access ports of any kind, most of them are just solid tubes with limbs. Do you even understand me? Ashley Wood sits on a throne of lies.