3A of the year

3A of the year 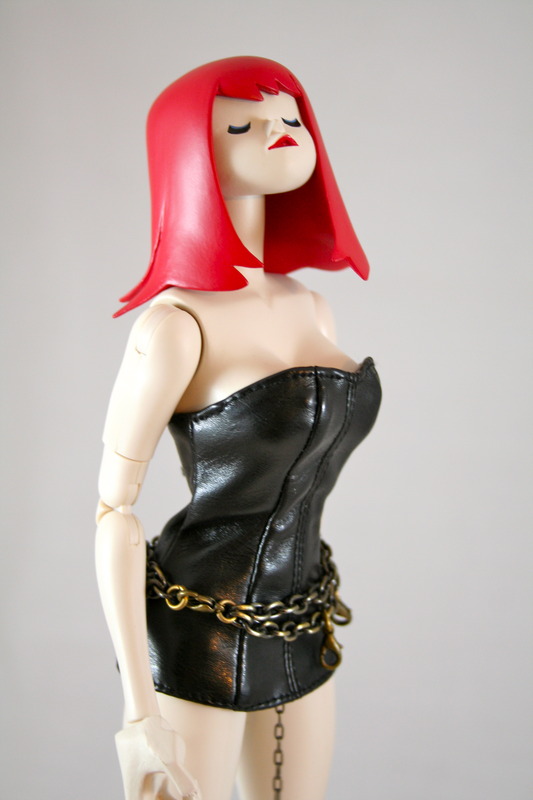 but Girl RC might be my favourite all time! 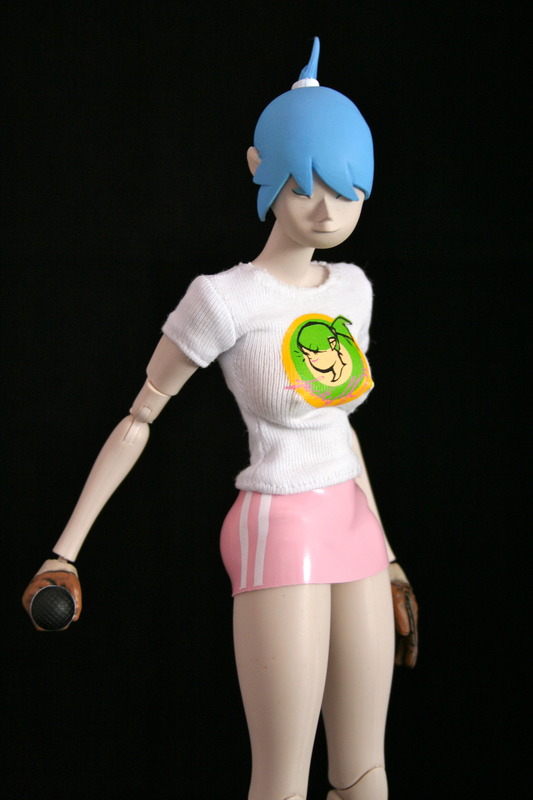 And honourable mention goes to: 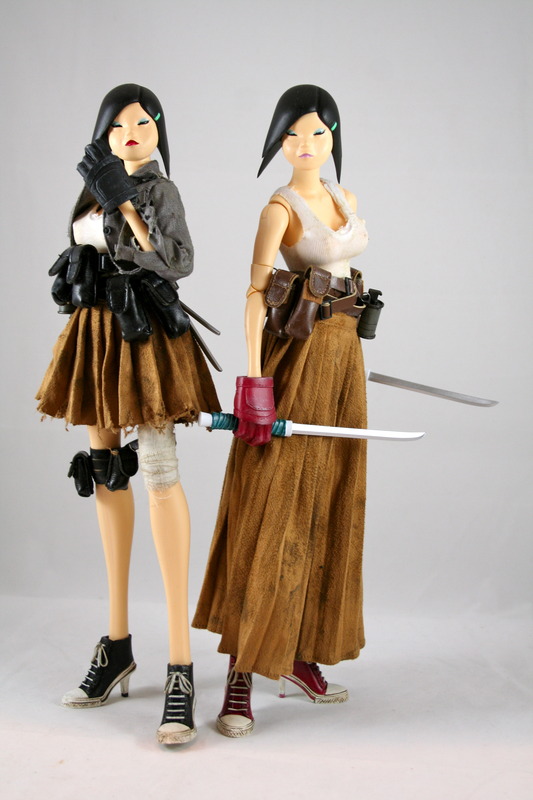 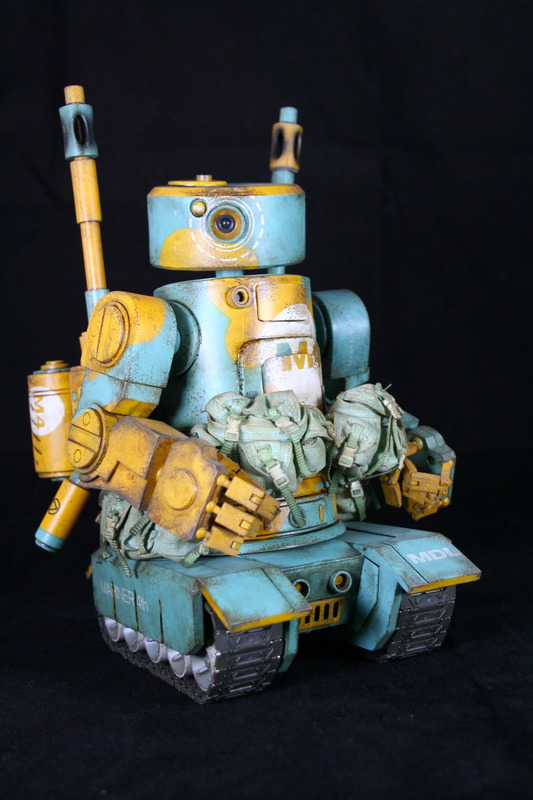 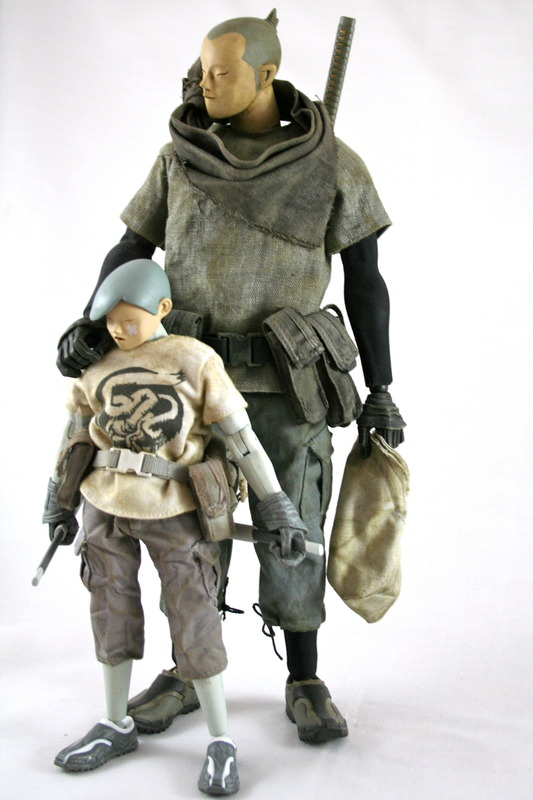 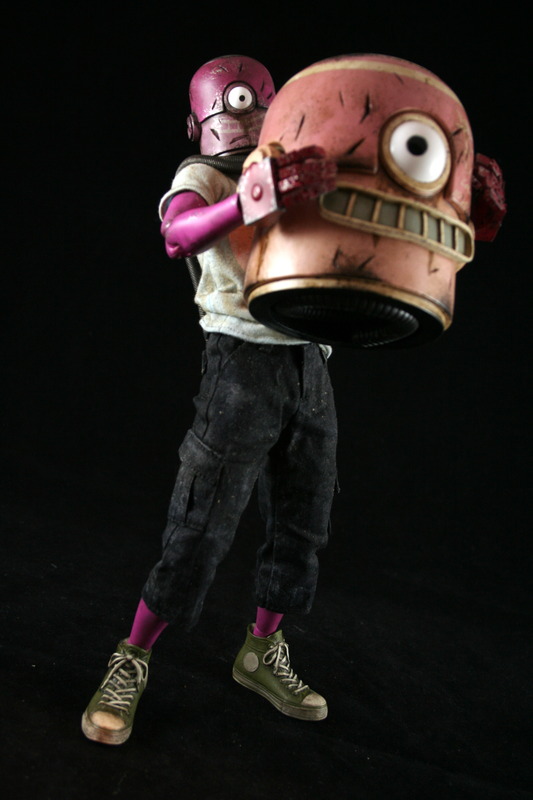 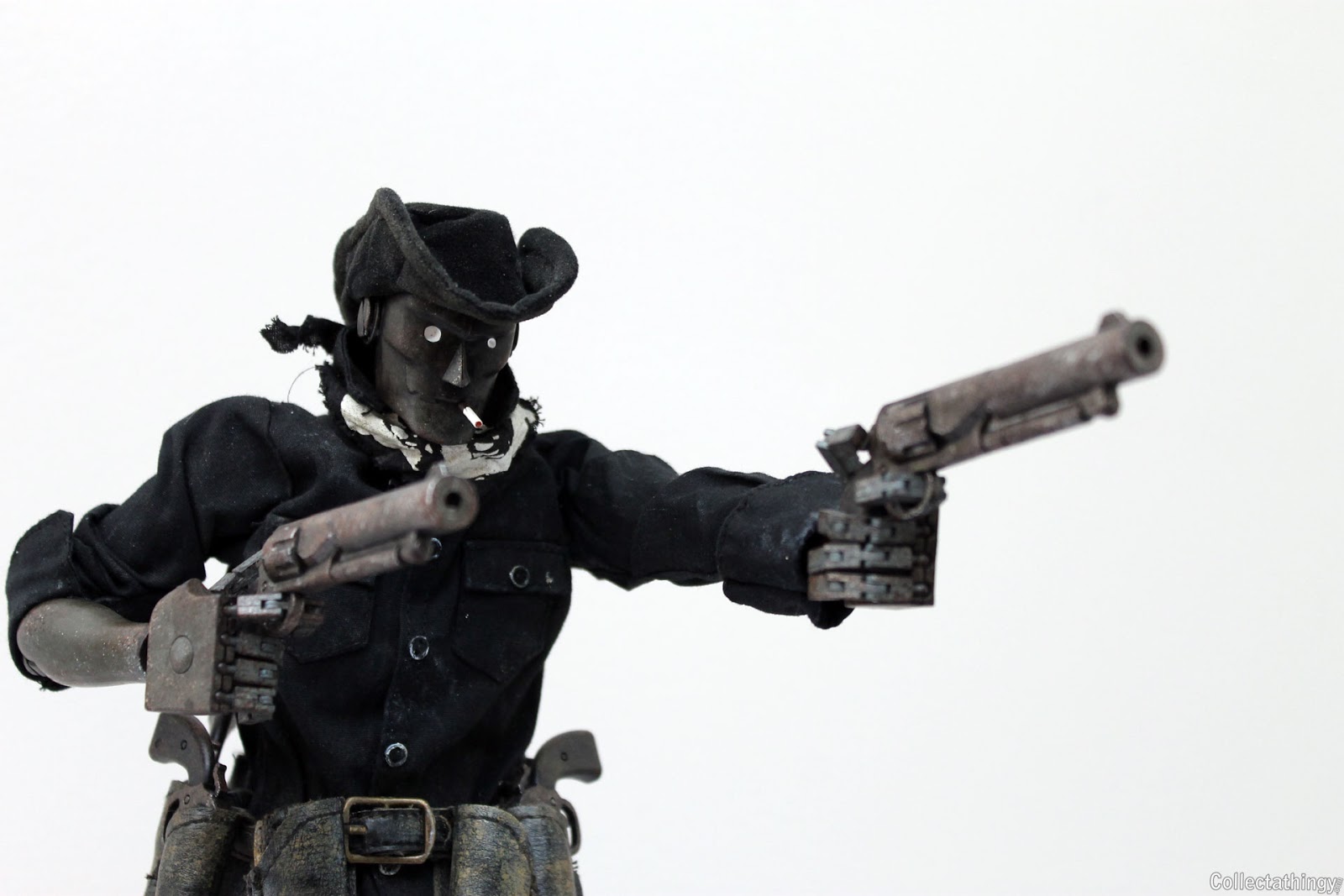 Honourable mention to DA Ninja TK because it's fucking rad. 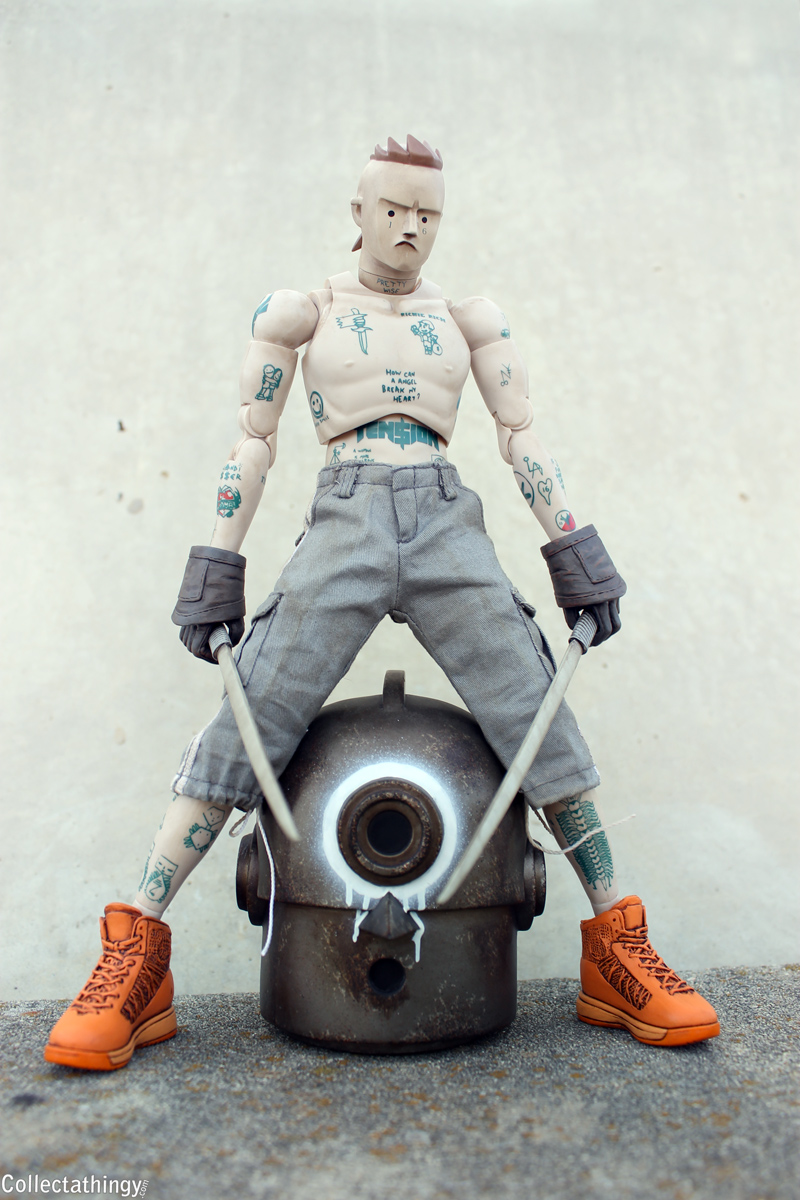 Easy runner up's for me

I could include so much more but these really stood out the most for me.

Interesting, I'd say received, especially since some have such long wait times.
My personal favourites are....
Deeds 1 & 2 and Cowbot.

miracle bubbles wrote:Received in 2015 or purchased in 2015?

I would go as far as saying received in 2015 even though a good number of them were ordered in 2014.  A lot of the AK items were 2014 sales ie panda's, Zomb MD/Nurses, and others like HEX, Battlechild set, Nabler Neptune set, Cowbot.  That's all I can think of at the moment but I know there is more I'm not listing.  2015 was a really mixed year for me but there were a few good jems that stood out and I'm glad I got to experience some of them.

Since I only got 2 items bought in 2015, the 3AA package and Judge Death, i'll say Judge Death was my fav this year.
If I am going on stuff I ordered in 2014 and got this year, too many good things. Most of it ended up being worth the wait.

Seriously the best 3A figure I received this year. A glorious return to what made 3A so great years ago and a kick-ass figure all around. It's too bad he was only offered for such a short amount of time...

I that one is nice, but I thought my 4 1/12 was enough for now...
Anyway, no semantics, just whatever I got this year that I liked. Don't know if I like it if I haven't got it.

My only  score was aftermarket (AA only ltd. drop) Hoaxer TQ and she should arrive tomorrow... Thought the fat lady hasn't sung on the thread yet. Might maybe see something else show up before year's end? Willing to wait and see how the last couple weeks shake out.

DDv2 # 4 is the biggest surprise since it was originaly shown with a Dropcloth sized greasegun.
However the greasegun came out fantastic and made this my favourite 2016 release.

Dresden Frau already caught my attention when first shown. And I was pretty excited about this release.
Despite its frail posture and seemingly delicate details it is even more impressive in hand.
Wished I could have been able to get more than one.

Velvet Andy: sunglasses, leather jacket and a banana all in a great packaging, what else.

Sadly the TKlub serie ended.
So many great figures since early 2013 with Archer + Last TK as magnum opus.
Love the great selection of accessories and that classic head with double jointed neck which turns out to be essential to give it just the perfect pose.
_________________
alles sal reg kom

Sadly I don't remember what I received in 2016. And what I purchased wasn't much.

For me? DIY K-Bear.
Love the clean sculpt of it, and Sarah's working on painting it.

Nothing else is springing to mind right now.

If we going with what I bought this year that came in, not much. It's been super quiet for me. Saving money became a bigger priority. 2000AD Judge Mortis and Judge Fear along with the 3AA are all I bought this year? Wow. Both great figures but if I am gonna go with what actually came in this year, than the answer is SUPER easy. 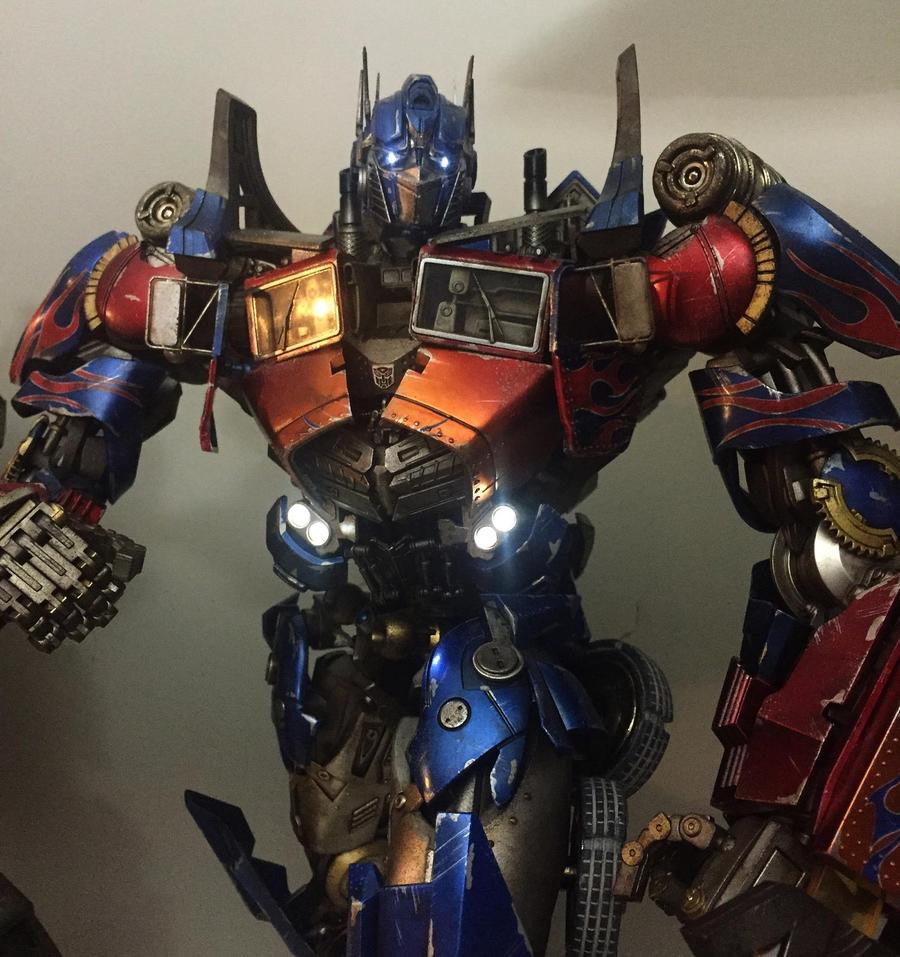 Much like when I got Metal Gear Rex and then Ray, no words express how amazing Prime is. While I also now have Starscream to go with Megatron, I still put Prime as the BEST, but hot damn I can't wait to see what 3A does with AoE and The Last Knight.

Waited pretty much my whole life for this and am not disappointed. Bring on the 1/6th!!! 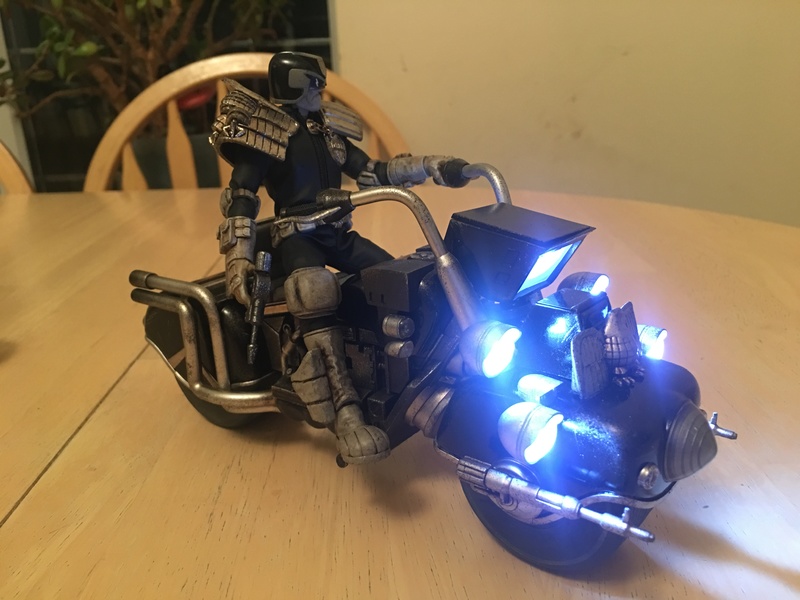 TK hunters- jacked to see these beasts in person

This depends on whether we're considering releases received in-hand this year or ordered this year, as I'm really looking forward to the Master 5 TK dropping. It feels like it's new without compromising the roots of what I like about 3A.

Kudos to the Furue Loper too. Furue translates to 'shivering' and I get the sense this guy shows up after the 7bones meet their demise, an imperfect attempt by the Mortis to mimic a Master TK's prodigious skill leading to uncontrolable body tremors. I just love how one descriptive word can conjure up a whole persona for this one.

As for what I got in hand this year, the Snow Panda DLM really captures what I jumped on board collecting 3A for. This thing feels like one of the classic rusty bots that were released long before I had a clue what 3A was, and were what really drew me in to 2A. It's hard to describe without seeing it in-person, but this thing reassured me that 3A was still capable of delivery on the quality they'd become renowned for.

Also Kudos to 3AGO for rereleasing old colorways (especially Sand Crab, I love this thing) and the soon to be delivered Mortis Bots. I may oust Master 5 once I have the Hunter in hand, but with its price tag I really want to make sure it's justified before singing any praises.

P.S.: seems like orange and white are the official 3A big bot colors. We've seen this with the TK Hunters, Totem Thugs, WBR series, and even the Civic Defense WWR colorways. I sort of wonder how this came about.

My favs of the year were 1:1 Eddy and the Phil Hale - Johnny Badhair book