Hope their head-sculpts are as good as the 1/6 scale tks.
The early samples of 3AGO tks were looked so weird.
But kyoku is great! The 3AGO bodies make tks look stronger!

Are we going to see TK Seven Bones release for 3AGO sooner than it's release for Action Portable? That would piss off APsters lots. Lol

It's funny, but looking at that group photo in the 3AGO proportions (thicker arms and legs) and standing if front of Pop like that, they look like Tomorrow Children. Say, 6 or 7 years old. Pop is leading a field trip into the Underverse. 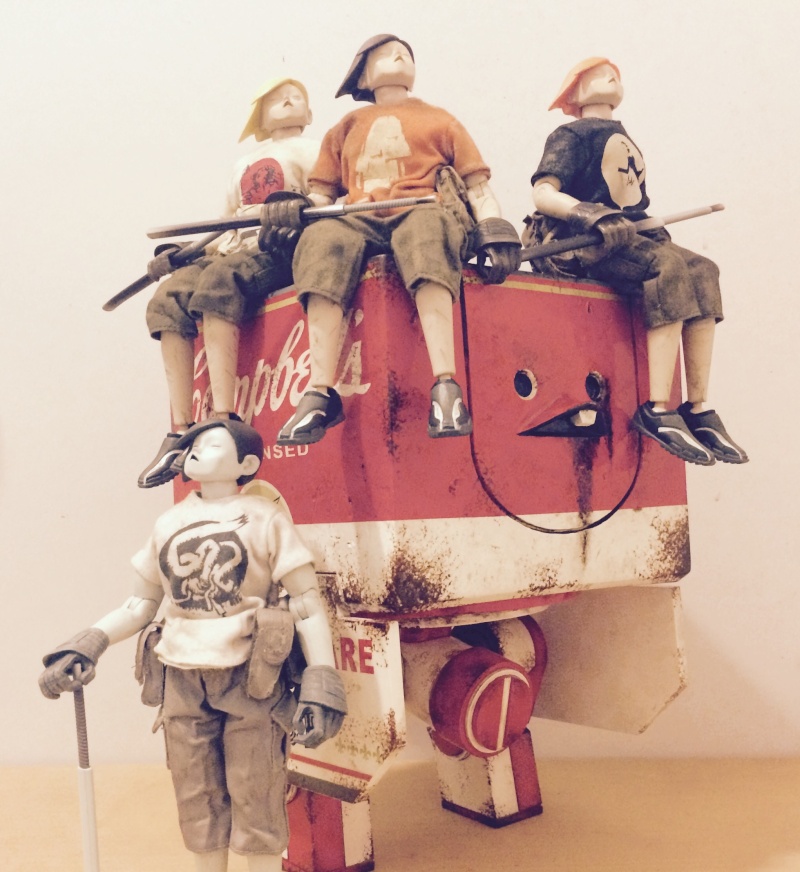 hope they can work out that thick arms and legs into something slimmer like the 1:6
and not sure if the neck is shorter or just in the pics

Anyone know if they shipped out the 7bones Kyoku? 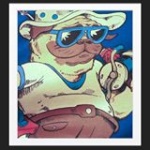 Well I can say I did not even get plume tracking yet :p

Thick arms are part of the Mego style. Could be wrong, but I don't think they'll retool the body. Unless they decide later on to shrink the 1/6 body into this 8 inches.

neca do mego style but they add in the extra artic(bicep swivel, top of thigh swivel etc). wish threea would have gone that route.

illproxy wrote:neca do mego style but they add in the extra artic(bicep swivel, top of thigh swivel etc). wish threea would have gone that route.

really that as well bicep swivel is really needed there, My shipment arrived today in Los Angeles. After seeing them in hand, I'm glad I ordered a set of these "Junior TKs."

tianwaitang wrote:Hope their head-sculpts are as good as the 1/6 scale tks.
The early samples of 3AGO tks were looked so weird.

I had the same worries so i only ordered one from the first wave (ordered Kyoku sometime after). even on the pre-order pics you couldn't tell how well the faces looked. But now that I've recieved mine, I wish I ordered more.

The head/face sculpt is exactly like the 1/6 versions (minus the weathering). I'm not too fond of the APTK sculpt and the the initial 3AGO TKs had that warped proportions, but these are accurately scaled.

I got Yoji, i actually couldn't remember which TK I ordered lol. Only minor gripes are the barely weatherd parts, there's some sratches here and there but not that great. Also wished the belt pack was more like the OG or Anniversary TK. Yoji's hair is a semi metallic black which seemed odd when I first noticed it. I'm gonna try to make the nose bandage more pronounced and see if i can bulk up his shoulders, I know that's old school mego style, but it looks like he's been working hard on his biceps and triceps but his deltoids remained undeveloped 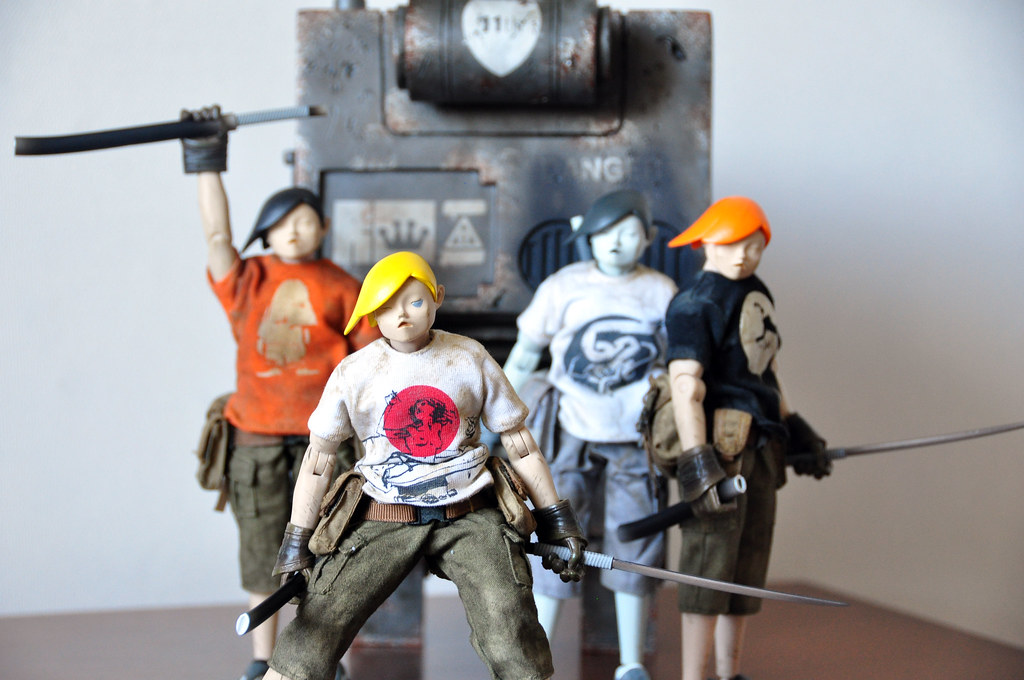 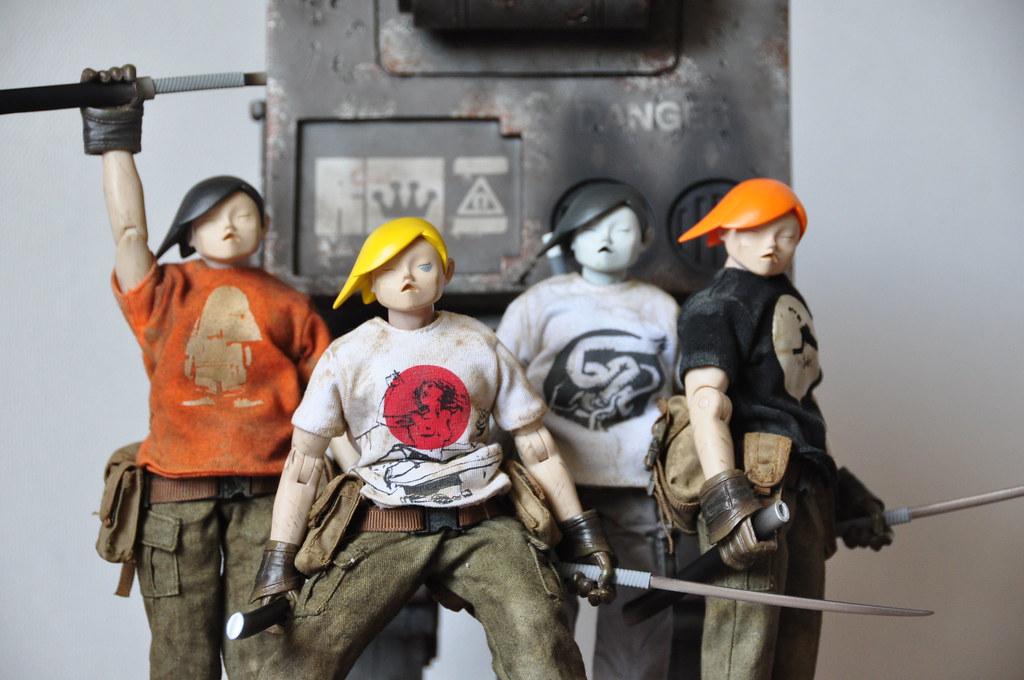 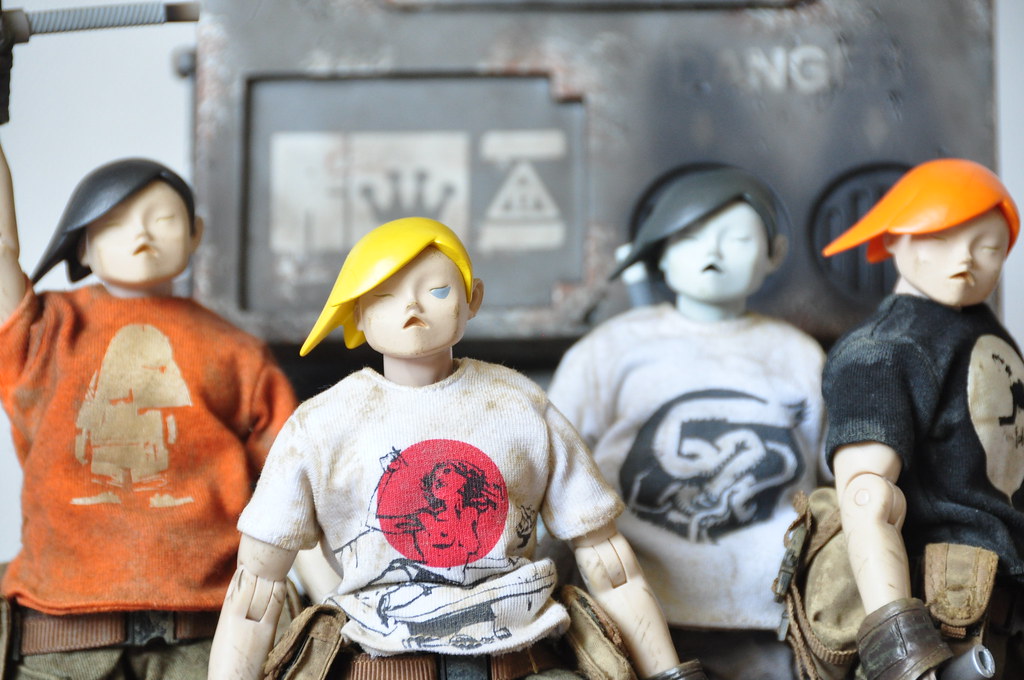 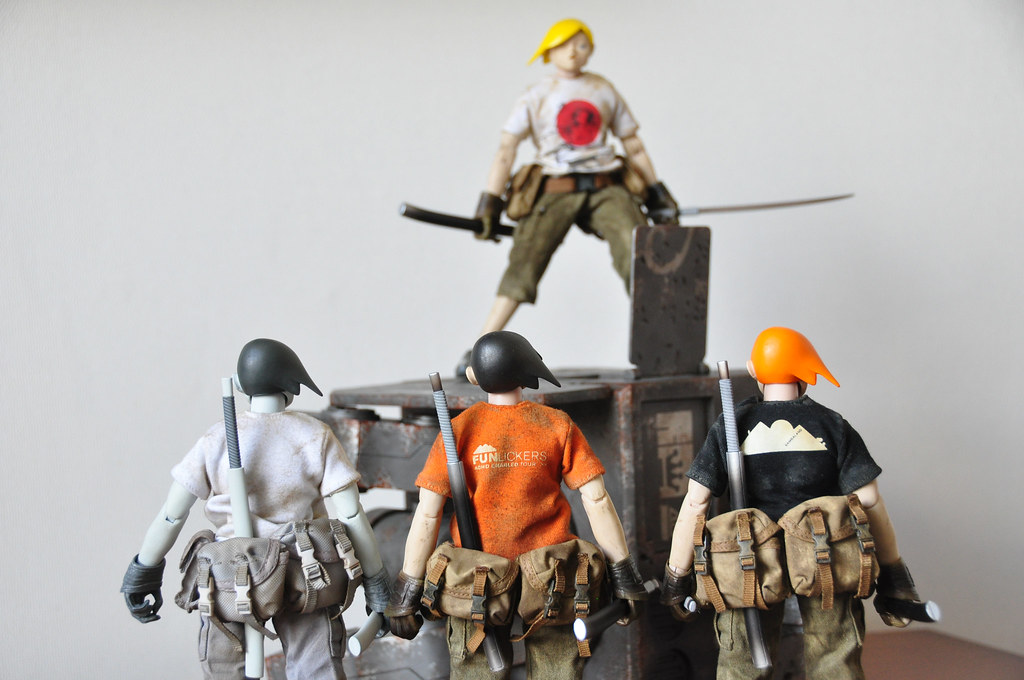 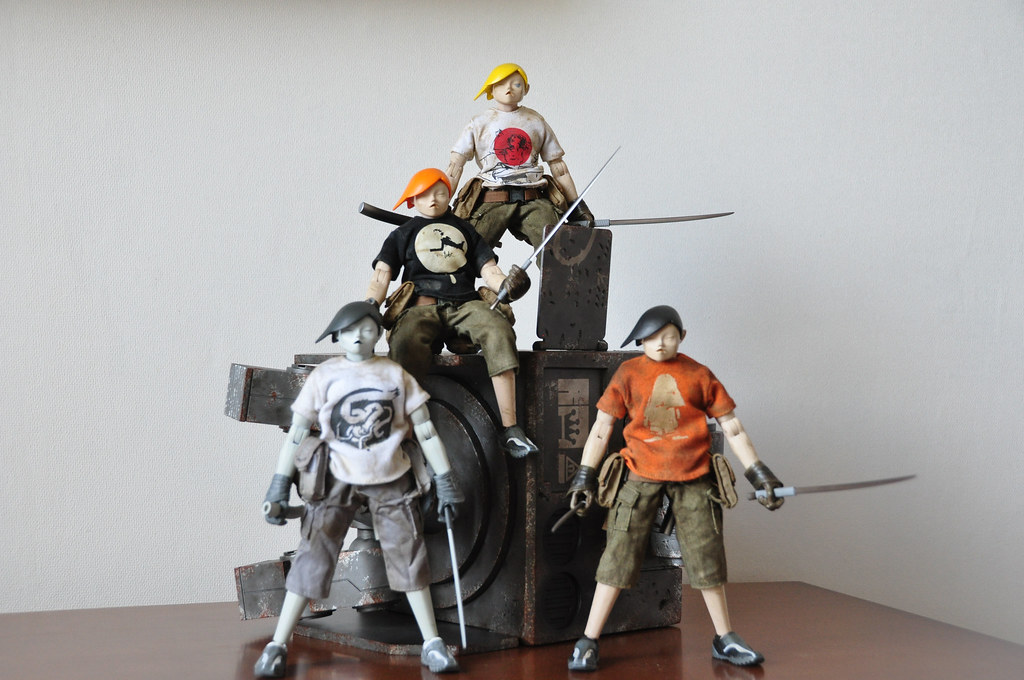 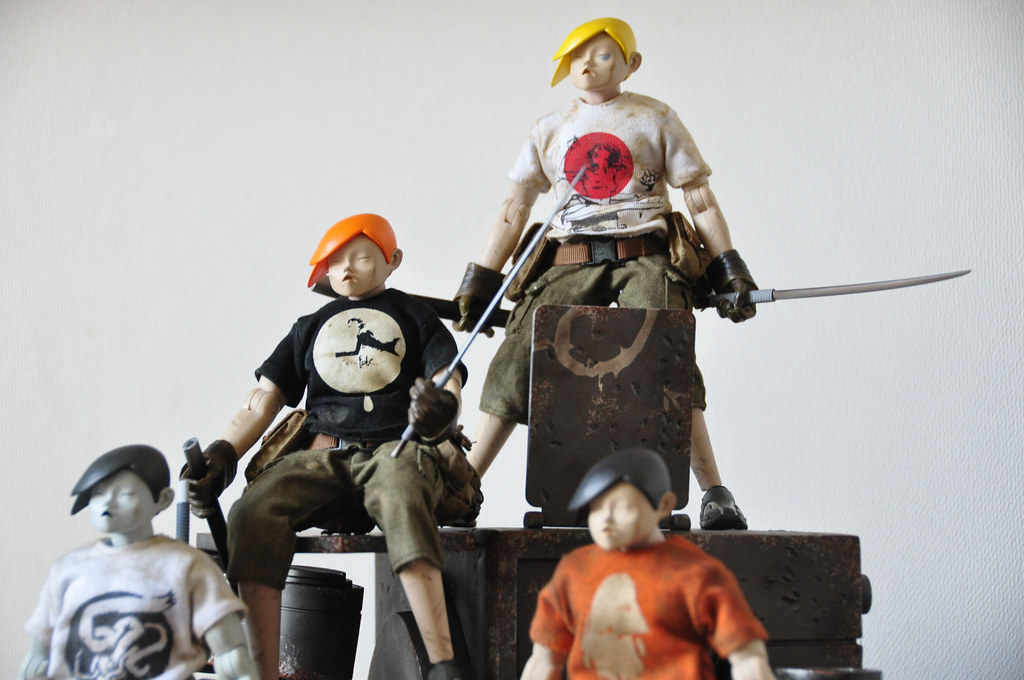 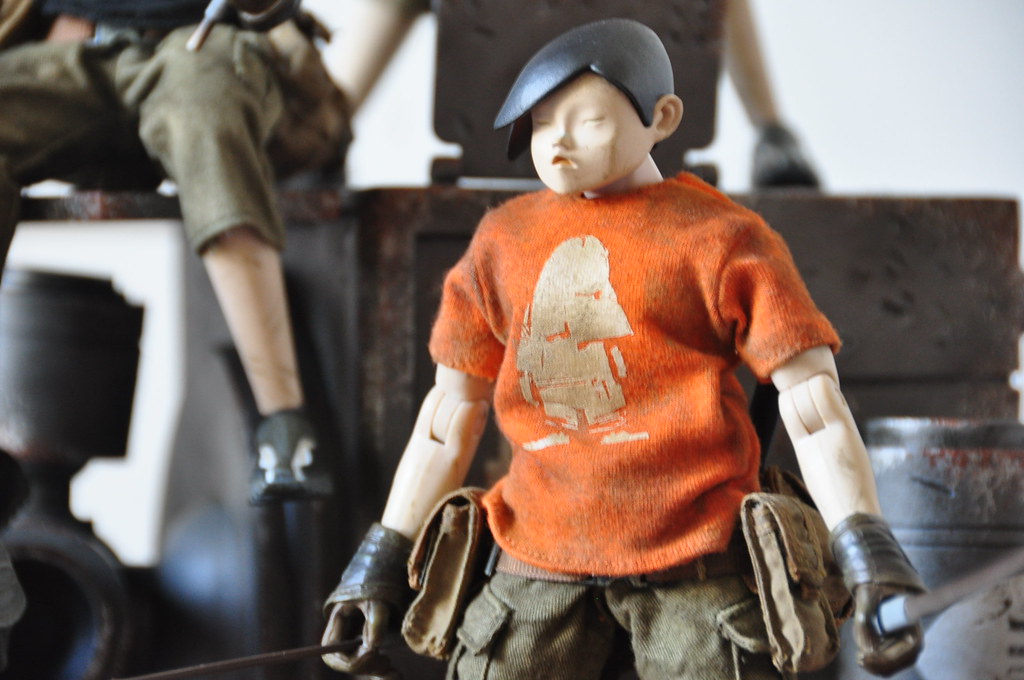 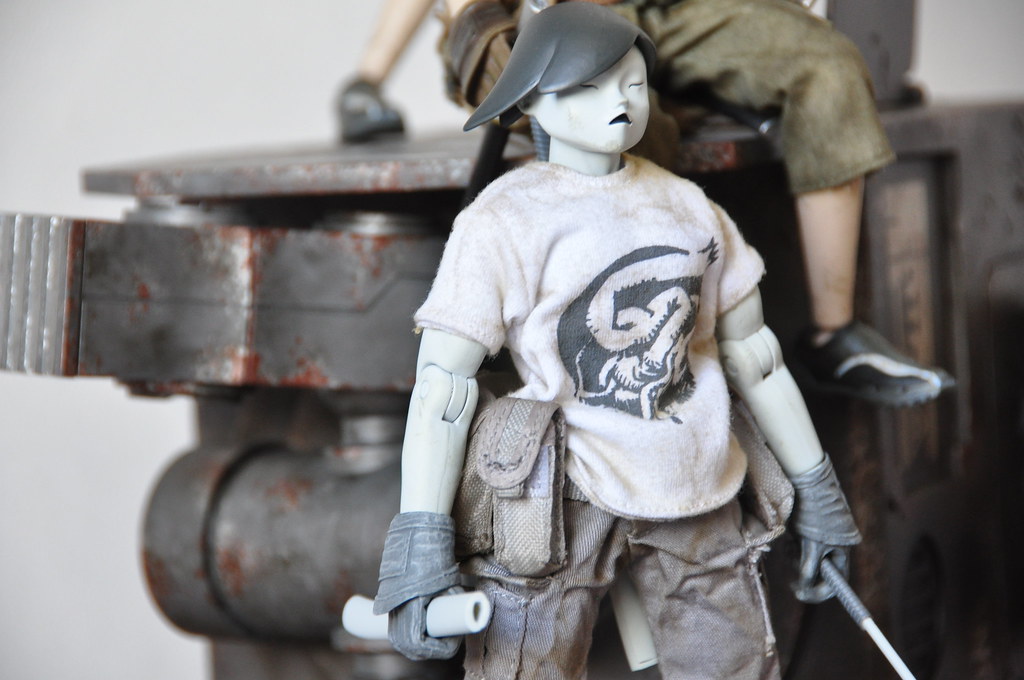 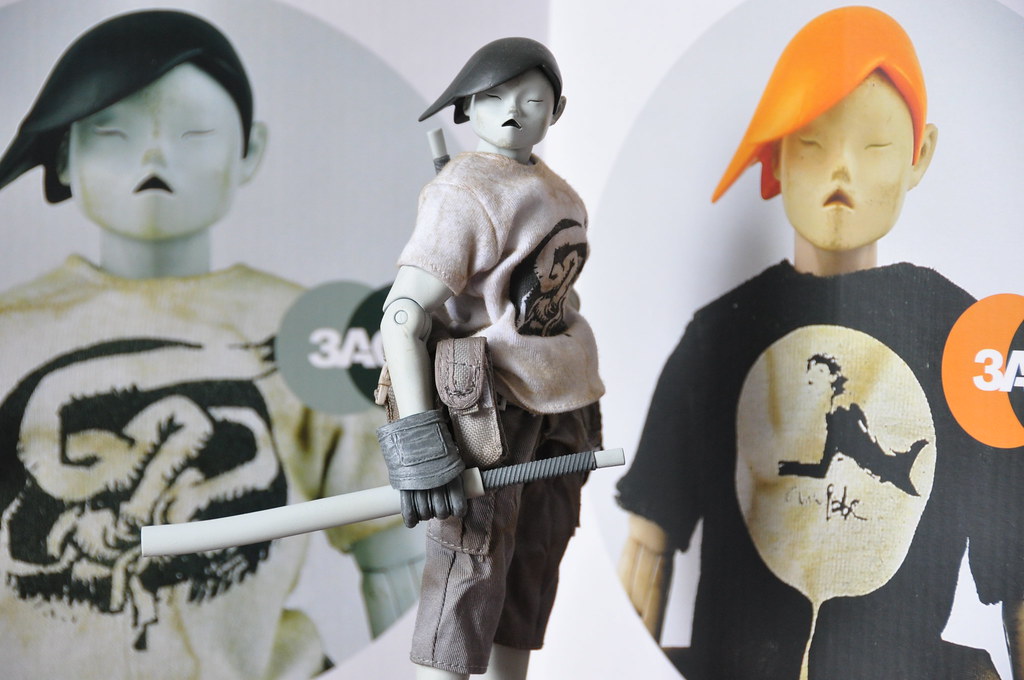 Love these more everyday! Sadly the deplumes have helmet issues. Jung is the worst. I might send him back.

I'm waiting for the right TK body to go with my 3AA head.
The playability of this scale is really great though! I like it more than 1/12th scale.

Toolarmy wrote:So....... Who has deep regrets they didn't pick up any 3AGO

I have deep regrets i didn't pick up Hideo (the only OG TK i really like)... But i got all DePlumes except DIY, and have all 3 Zombkins, and regular Hemingway, and the 3AA set... and have 7B Oya preordered... so i guess i shouldn't complain...

but i'll complain nonetheless because it's more fun that way!

Finally had a chance to open my Hideo and Interloper. I think they're great in this scale. Hideo is perfect. I might have to eventually pick up a Kenshiro and Yoji now. Unfortunately my Interloper has flaking paint on both the ball joints for his feet. Anyone else have this issue?

They all do. Poor qC on painting joint.

To be fair, it's a joint that gets much rub so what they should have done instead of a painted figure was to use a plastic for the color needed. So really an issue of design control.