Boo indeed gar, but to be honest I’ve been pretty lucky in this respect all year

I hope the other guys receive their shipping notices soon.

No shipping notice here! And still no response from CS!

Finally picked him up from Parcelforce yesterday.... A bit poorer too due to the import charges though, but can’t complain (EMS & package value declaration not as low as they have been).

Hope the Yamas aren’t too far behind for you guys.

Yama is finally on the way. 2020 will be posting my 3A collection. Maybe do a coffee table book and push myself hard to shoot and showcase some killer photos.

That’s great news... Hopefully you’ll have him before Christmas!

Tick tock, Yama shipping still on the clock. Pre shipping shows still in China and nothing has moved since. Yamas last stand is a long one, I just hope when I do get him he is not smashed up real bad but the wait continues.

Tick tock, Yama shipping still on the clock. Pre shipping shows still in China and nothing has moved since. Yamas last stand is a long one, I just hope when I do get him he is not smashed up real bad but the wait continues.

Finally Yama arrives. The end of a 3A chapter is it was my last figure from the 3A partnership. He held out to 2020.

I shoulda picked one of these up. Was hoping for the white version. Oh well. Cant wait to see what these new figures will look like.

I think I still want a Last Stand Yama,... cleaning up the beard would be a must for me.
I'm just one of those purists that wanted the classic Yama face paint treatment. The new looks fine enough but for me I'd get it back to that crisp and clean shave.

In the meantime,.. I've been trying to assemble more TK Rangers,...Oyas in training. 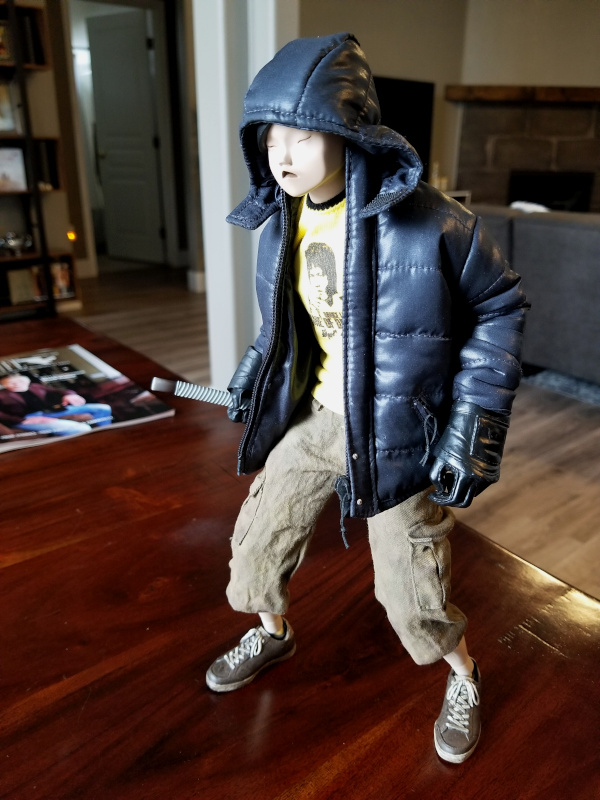 Big shout out to j3tang, who sold me his still-factory-sealed Heavy TK Nasu.  The end of a very long hunt.  There can't be too many of these out there.  They rarely come up for sale.  It's hard even finding pictures.  Anyway, I couldn't be happier to finally have all three of the OG Heavy's.  Woo-hoo!

Nice one! I'm happy for you Hogarth!

Always an awesome feeling to finally find that elusive figure!

@Chivo - agreed!  Acquiring Nasu also brings me full circle.  My ThreeA collection began with WWRp.  But my very first non-robot AND 1/6 figure was Heavy TK Soh.  Of all the TK's, the heavy's have always been my favorite.

Pics Hogarth! And congrats!! Yeah, they are an awesome take on the TKs. Loved the Heavy Lopers that came out more recently and I missed out on those too.

Finally decided to dust off the ol' boxes and get them slowly displayed again. What remains after the cut from the move and selling some TK's but still I am very happy with what I do have and I feel they still hold their true value as a collector's item. 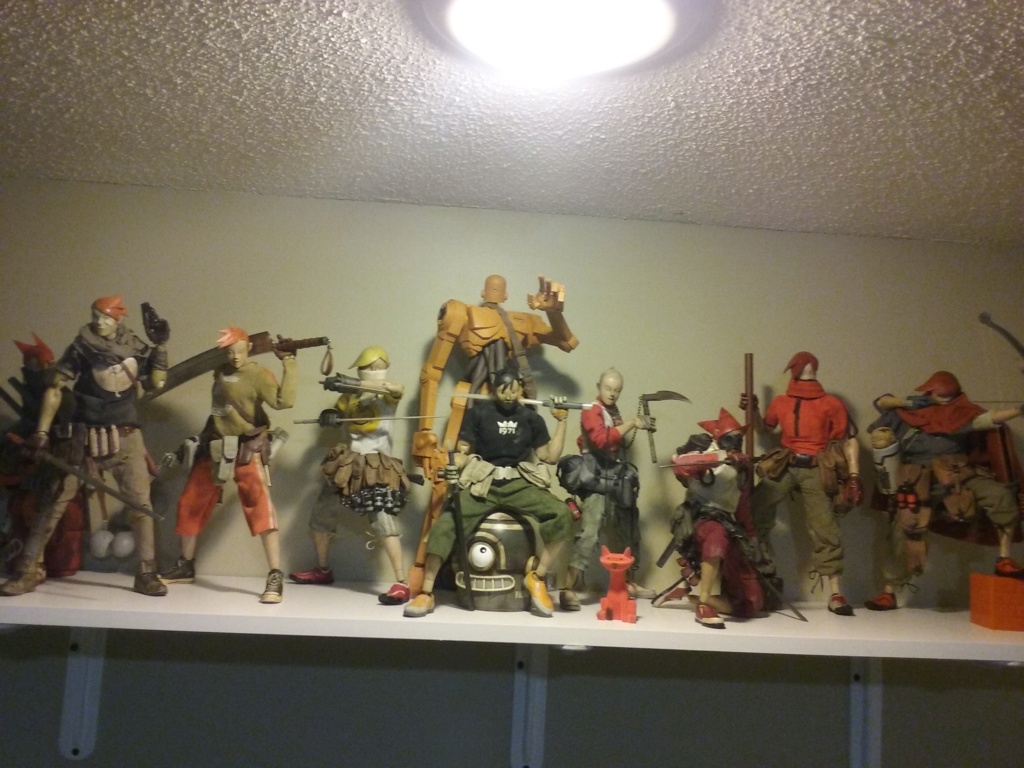 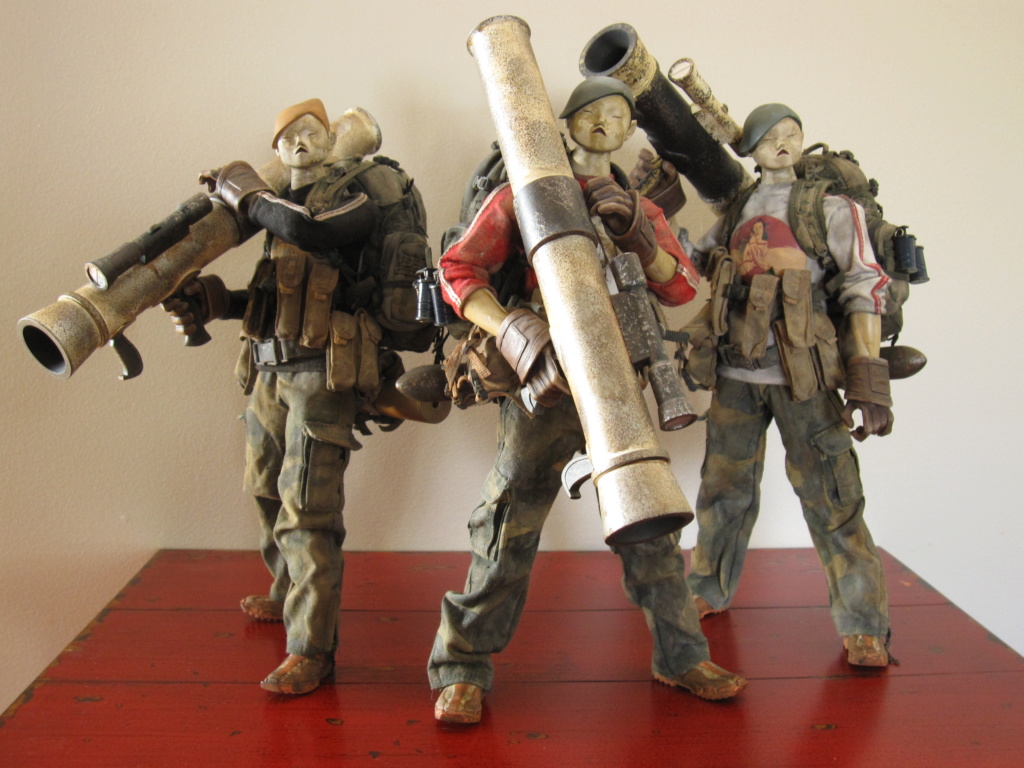 Great to see those three together, Hogarth.
I only have Nasu, on display since when I got him back in 2009 and he still smells.

Those grenades are a nice addition,
I almost forgot they were released a year later with Baka /Kyuuketsuki /Interbaka and they weren't original to this release.

@gar - I have SO many spare grenades, I figured spread 'em out wherever they might look good (these guys, Grunts, Dropcloths).  Backpacks are great for adding accessories.  Not visible is a small bundle of rope I also added to Soh's backpack.  I have a few other aftermarket accessories: canteens, collapsible shovels, etc.  Soh also has a pair of goggles around his neck (they don't fit his headsculpt too well).

I find it best not to think too hard about the fact that each Heavy TK has only one shot and done.  A lot of Ash's designs completely fall apart logically if you scratch even a little beneath the surface.  It rarely stops me from liking a figure, though.  In my mind I always thought of the different TK's as being specialists - good at one thing only.  Having said that - I can't believe it never occurred to me (or Ash) to add at least one katana to their kit for backup - genius!  I know I have a couple of spare ones laying about - must find a spot for those immediately!

@Chivo - Thanks!  It's an inexpensive little fake asian-style cabinet in my living room I picked up at one of those Pier One type places.  I cleared it off just for the photo.  I really need to carve out a small corner in my house for a proper photo area just for shooting toys.  Not too happy with the quality of the photo I posted.  Up my game.  Practice more.

.....and done! (complete with more bad photography)  All credit to gar for the great idea!  I tried the katana in a couple of different spots - this ended up being my favorite - at least for the time being.  I think it really adds to the figure and feels correct for a TK.  Almost like righting a wrong.  Now I need to hunt down one more katana to equip Kato... 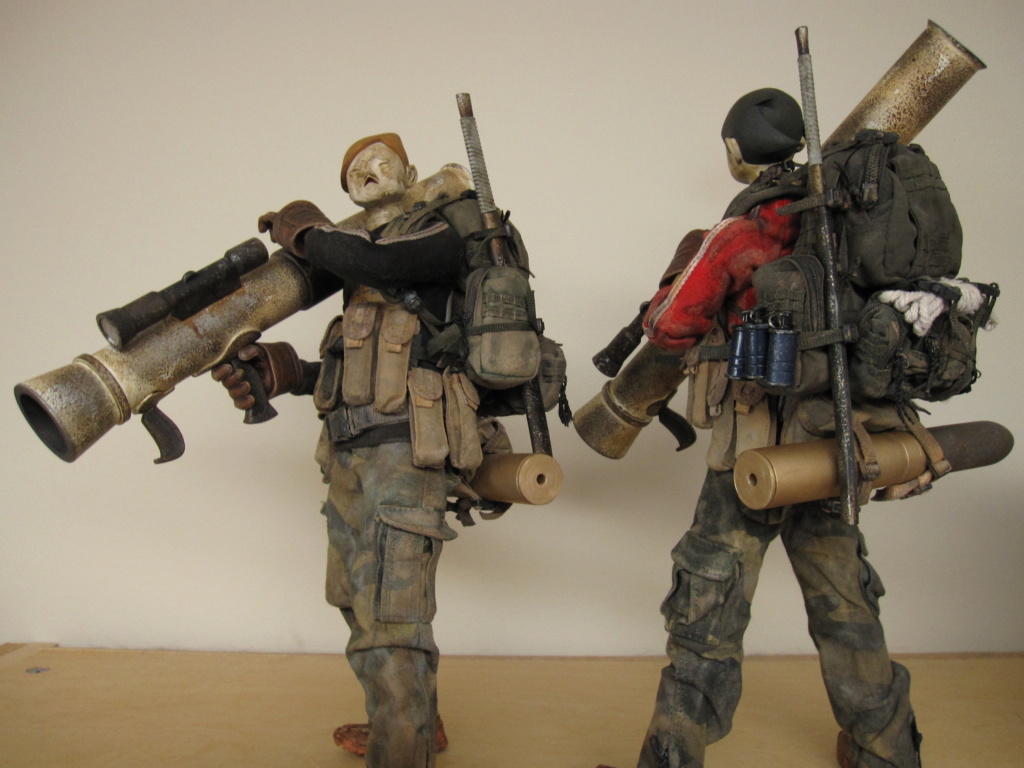 TKYO! / Yellow Hornets / Interyo / DIYS - sets came with a surplus of katanas.
It's funny to notice the difference between the scanty amount of accessoires of the first TKs compared to the sometimes overwhelming amount of stuff later releases were adorned with.
Still no idea how I can pose Last Stand Yama nicely with all his weapons.

The dirty bazooka brothers look great Hogarth!! (with or without katanas!)
What a solid group of TKs.

I personally just like to jump into Ash's worlds with total abandonment; I see these guys being completely long-range specialists, probably working closer to a pile of munitions than you'd think.
Plus, three of them working as a unit...
They all pack more rpgs in in their gear, run, scatter more munitions around and set themselves for Mortis. They either surprise ambush a group of evil Mortis or they defend and hold a position. I can picture them shooting, running to where they previously dropped the next set of rpgs, constantly blasting and moving in a formation they planned out ahead of time that completely looks like random movement to the enemy. By the time they run out of shots, there's nothing left to shoot at.