$85 with membership discount. Reminds me of the prices of back in the day.

Id would like to be that guy. I enjoy toy design and how things get made. Im even planing to make a new desk with the option to pull a background down and with some nice led lamps. Would be perfect for me!

Congrats to those that nabbed up Blue Fangy via Bamba. You guys had to be nimble for that one.

SDCC was good times this year. Awesome to be able to stroll up and see 3A's booth smack in the middle of the designer toy arena. Great to see some big bots in person. Cody and Gregory, you guys always handle the crowds easily - hope you're getting rest!
Ash was in and out of the booth a bunch & I never felt like interrupting the guy for a fan photo but probably would've ended up peppering him with story intel requests from WWR and the like. I think the casual feel of the booth was great.
As always, Con always has me running here and there, going to meet up with people, etc., so it feels like it just zipped by once it's over. Still looking forward to next year.

You guys interested in a photo dump of 3A & non-3A as well?

Yeah, where are the photos!  Been waitin' for someone to give us some highlights. 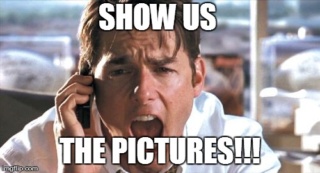 Dump away Wooly, would love to see whatever you got!!!