Yesterday I opened these two sets new in box in shipping carton and factory wrap.

TK Heavy Slicer is all kinds of loose. Loose feet flying everywhere and his right hand peg is so loose it falls out constantly. Troublesome with a heavy sword. I have read I can use pledge floor shine to tighten up the loose ball joints so will try. Not sure what to do with the lost fitting hand peg.

I can still manage to pose the piece somewhat and even stand him without the included stand. Id still rather get these figures new from the factory not feeling like 2 yr old loose used toys.

The Shogun set was also weak in the legs. The light Shogun has 30% of the socket on his right foot broken out. The ball still clips into the foot but it’s sooooooo loose. The broken piece isn’t in the box so whoever assembled this saw it break and stuck it in the box anyway :/

The dark Shogun, despite having 2 100% ball sockets in the feet, is less capable of standing as they are “drug cocktail loose”. If you balance him just right you can snap a pic before he crashes over helmet fying off.

So I guess I just pledge floor shine all of these exposed foot ball sockets and I’m G2G?

The fix I used on the lose wrist peg was cling film. Wrap it round the peg tightly and cut off the lose ends, easy fix and no damage.
I think they all came that way, mine had a super floppy waiste and couldn't even stand so ThreeA sent out a replacement body. Apart from those issues he is an awesome TK.

Yep alot of these figures were loose. The "new" body they used for these TKs weren't really designed that well, at least in my opinion. The knee and elbow joints aren't designed to be easily tightened without breaking the figure completely apart at the seams. The original bodies they used when the company first started were better in that you could actually pull the legs and arms apart at the knee and elbow joints and tighten them by turning a screw. But those are days gone by, unfortunately.

Anyway, Skipper has offered a great solution for the wrists. You can also obviously use anything that will tighten the gap between the peg and the hole such as any tape, etc. The floorshine might also work if layers are applied to the hole where the wristpeg is inserted.

One thing to note for future purchases is that, "new in box in shipping carton and factory wrap" means nothing but that it hasn't been touched since it was wrapped at the factory. Being encased in the box and wrapped none the less can cause damage to the figure. Remember these figures contain chemicals within the paint and the vinyl which will be affected by the encasement and how that encasement controls the temperature around the figure. Warmer temperatures will cause the figure to sweat, causing the wetness you've experienced. and alter the figure's original composition.

But getting back to the looseness of the foot joints: I recently had my shelf of figures completely fall off the wall. I guess I didn't properly attach the shelf to a stud in the wall. But anyway one of the figures that fell with the shelf was my Shogun Gorei. Upon inspection, I noticed some cracks in the ankle cup inside one foot. I applied some superglue inside the cracks with a dusting of baking powder to quicken up the drying process and after applied some floor shine to the ball peg.
It did the trick to tighten up the joint. Of course I'm a minimalist when I display my figures so I don't use the armor that Gorei came with. So I don't know how he'll hold up with that kind of weight. Anwyay, good luck! 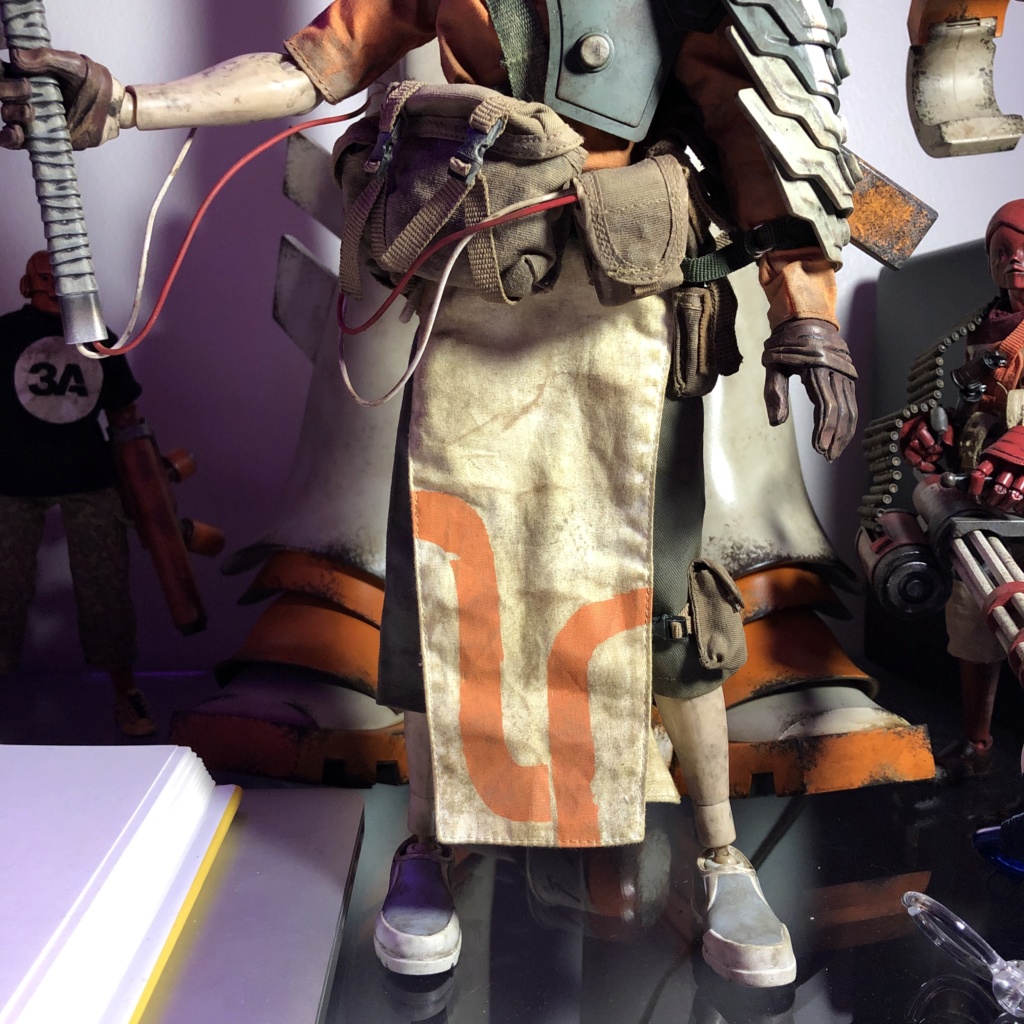 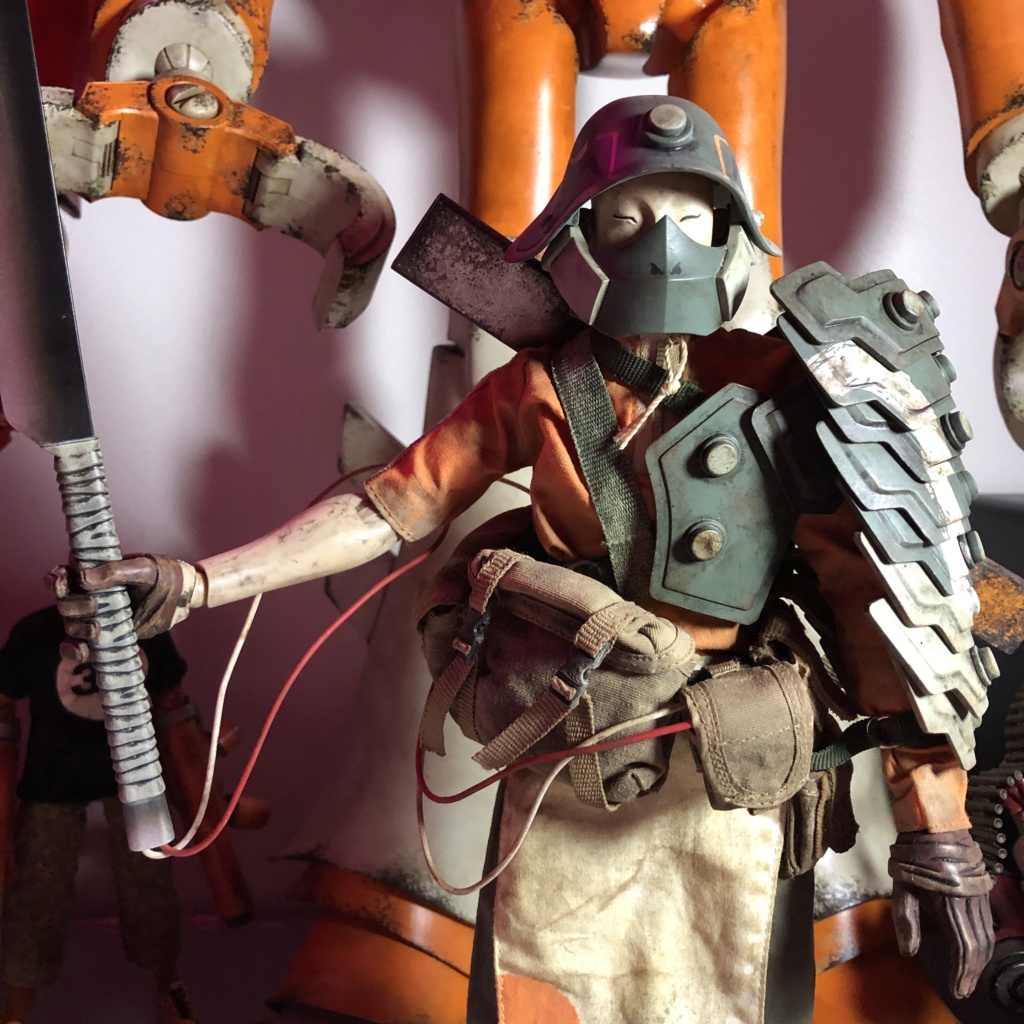 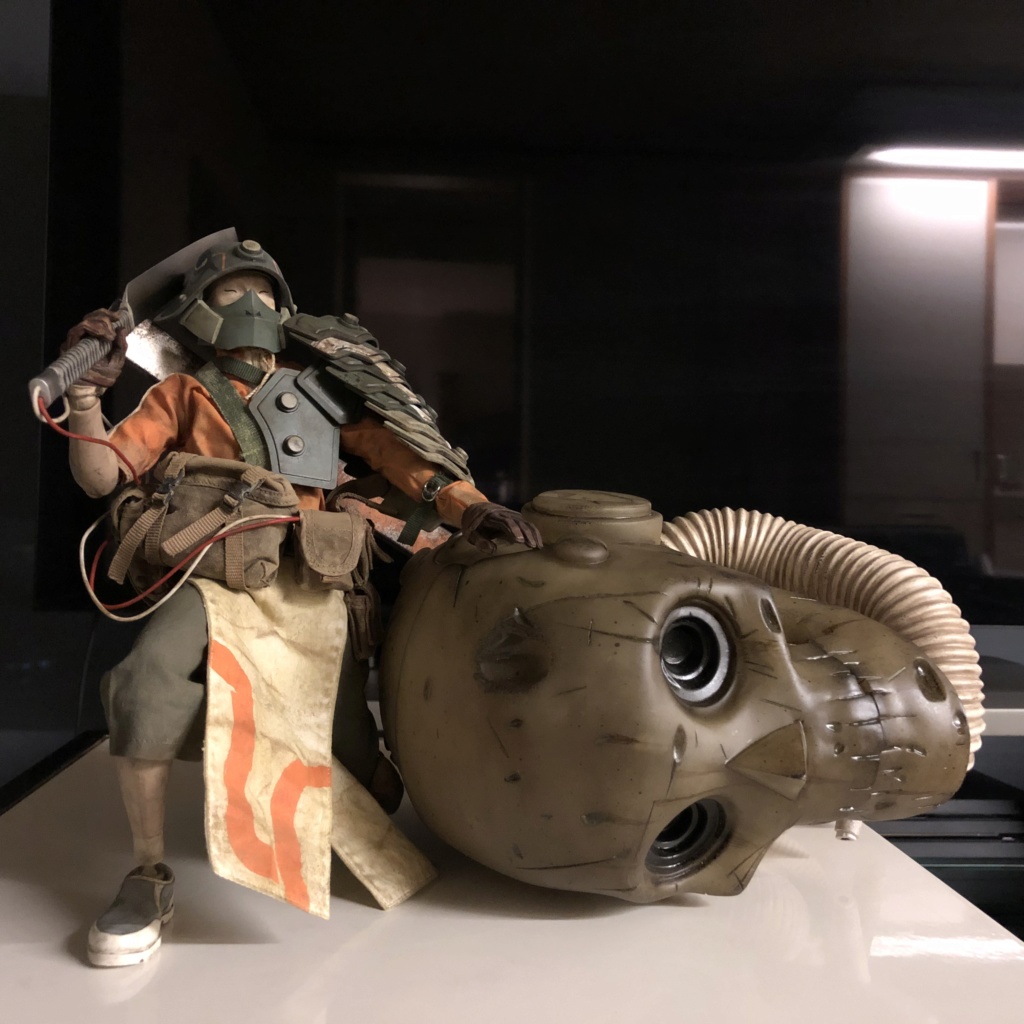 Got new shoes from the 3a legion parts eBay account for the orange samurai. They aren’t the same color as his OEM shoes as they are for the other samurai in the set - but they match his shoes and armor fine and the balls fit so so snug. 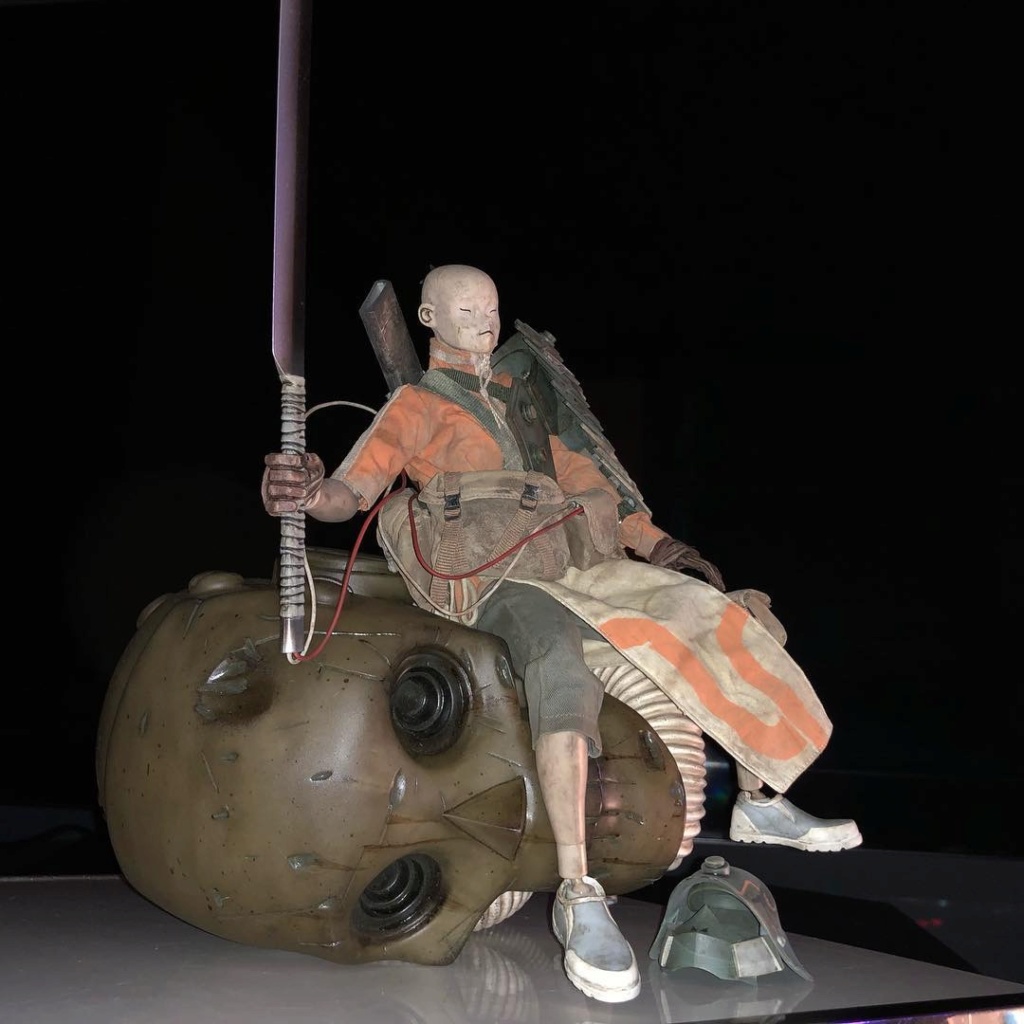