For me Shit got real JC is the best looking of the JCs easily. I agree he could have had more accessories maybe but the look is great. I also have a red night, I kind of got cause the box is awesome 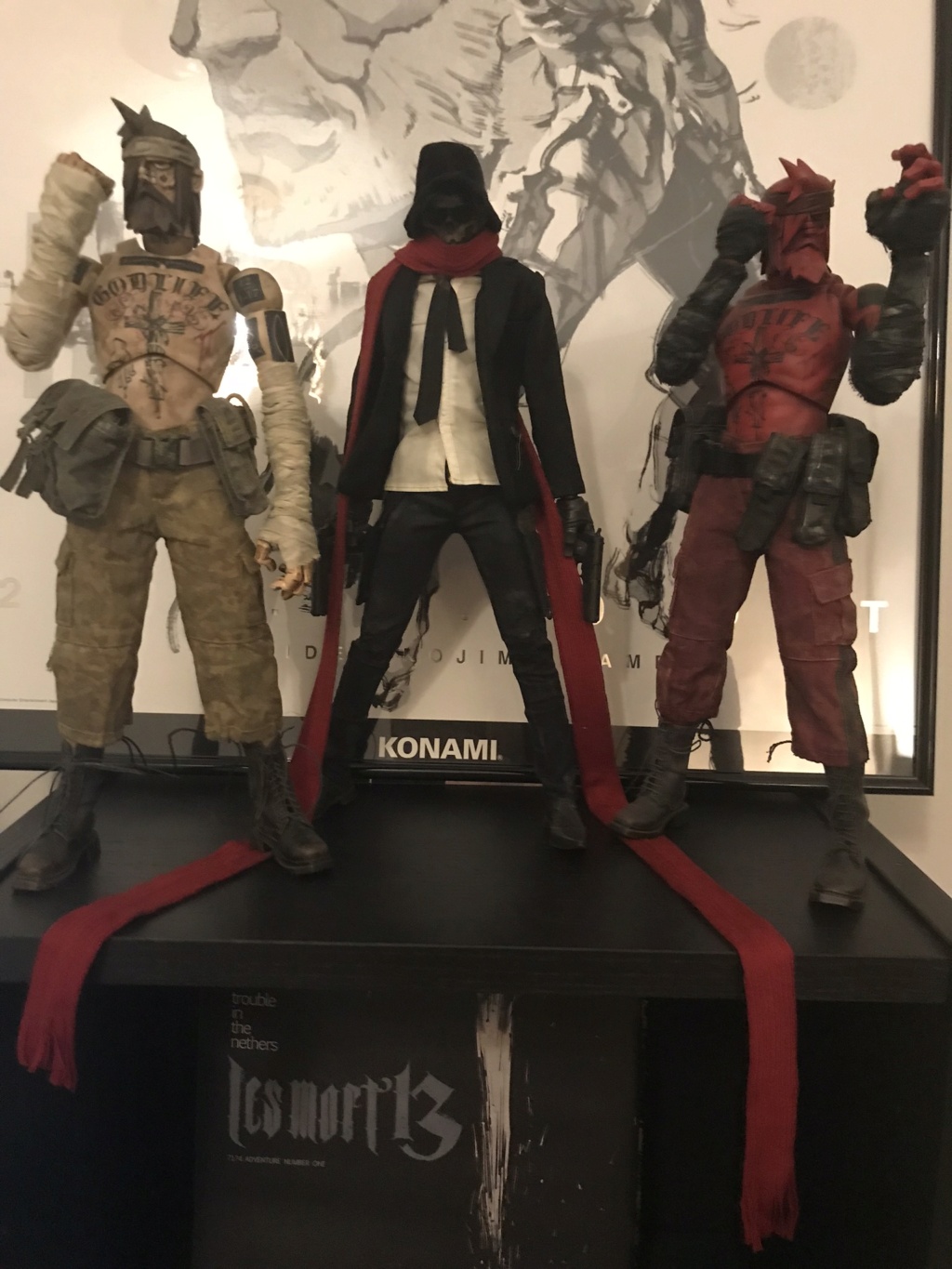 I do not have a JC, but the old versions have "aged badly" compared to the 2 recently offered for sale ...

3AFr wrote:I do not have a JC, but the old versions have "aged badly" compared to the 2 recently offered for sale ...

"Aged badly" is a bit of an exaggeration in my opinion and not correct, I really love my still sticky 2010 JCs (especially Mauro) but I agree: they aged a lot compared to the Underverse variants..

The price difference between the 2010 and 2013 version feels bigger to me than the difference between 2013 and the 2020 version.
The 2013 feels and looks evenmore  bare bones compared to its 2010 predecessor and especially compared to how the 2020 Underverse release looks like.
The 2020 version looks a lot more balanced, maybe because of the body, which at threeA, historically, always stoot out compared to the head and hand sculpts: a bit too realistic-ish to my taste, a bit too many holes and gaps as well.

If you compare Underverse first NOMs: Tracker and Nomad to threeA's last trio of Noms, the only 3,5 year old 2017 Nom De Plume Final Fight, BBICN Exclusive F3Actory Nom & 7174 Guard Nom (very tight figures and the best de Plumes to date in my opinion), the difference is even more astonishing.
Underverse is a different company than threeA. They upped their game.
_________________
alles sal reg kom

3AFr wrote:I do not have a JC, but the old versions have "aged badly" compared to the 2 recently offered for sale ...

I’ll have to respectfully disagree. I think the 3A bodies have a charm to them. Other than that the sculpted parts all look great. Shit got Real is my fave head-sculpt of the JC’s.

On the Plumes.. Sombre De Plume is by far my fav, I’m
Glad to see them come back to UV.

I think the appeal of the "old" / original JCs are in what was probably one of the best sculpts and fully tatted bodies ever produced. The combo was an all-Ash feel that I think still has its place.
The new sculpt is great, its a different JC altogether ... almost like he got younger, but yeah, totally different company. Everyone has their own opinion but I wouldn't lump the OG JCs into the "aged badly" category at all.

As psyched as I was,... in the end I didn't pull the trigger on the UV JC because of the must-buy-unwanted-cross detail. And all the "JC" branding on everything didn't click for me. I still think they'll be more coming to JC and AK in the Underverse so I'm pumped to see where it goes.