I just bought a mint in box Dark JC.

When I got it out the box it looks exactly like the regular release…. What’s also weird is I’ve never seen a single picture of this variant online. Picture below for reference.

Anyone here got one, can anyone confirm details on this version? 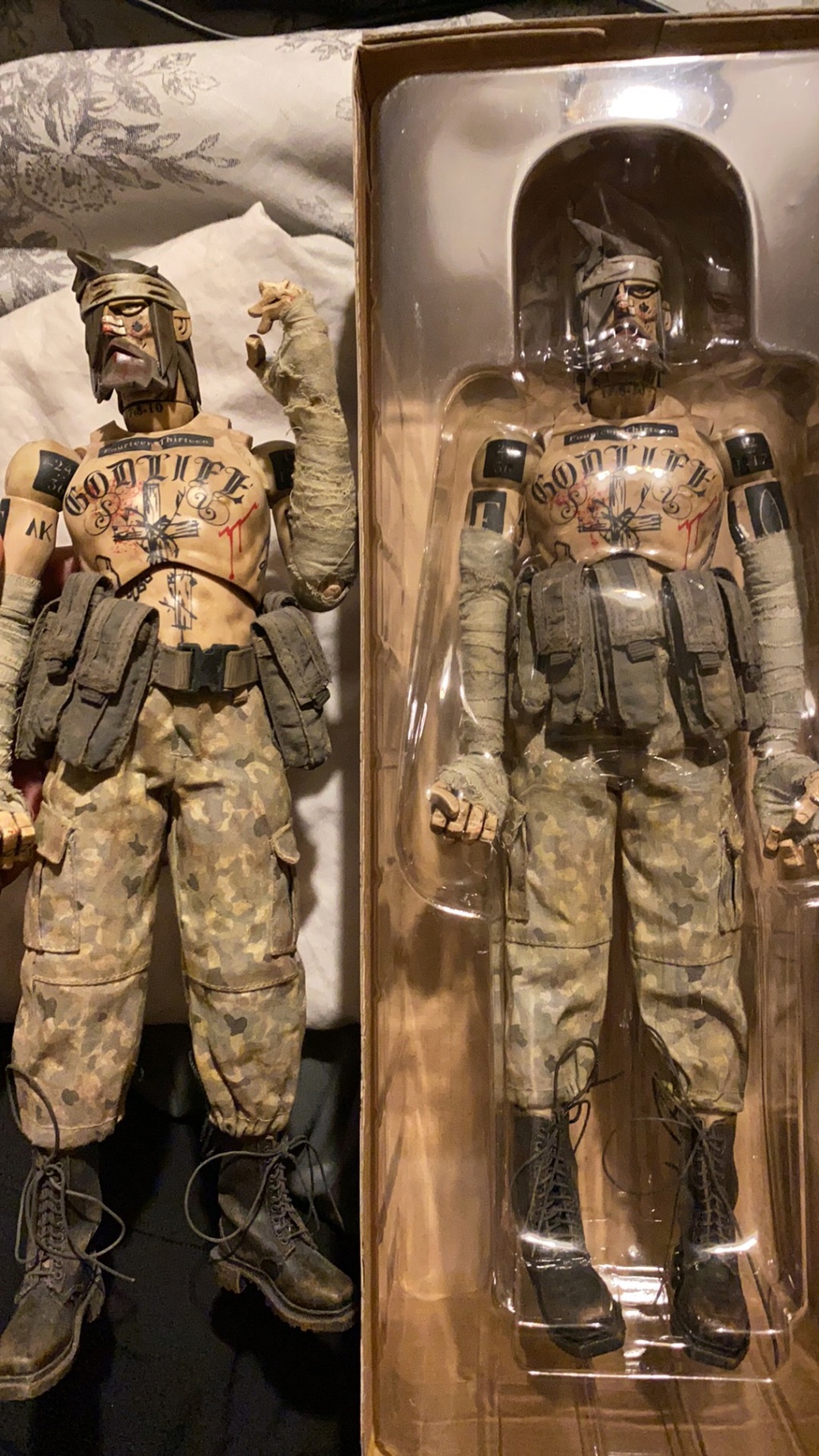 Main difference is the color of the camo pattern on the pants.
Regular one on the left and Dark JC on the right. 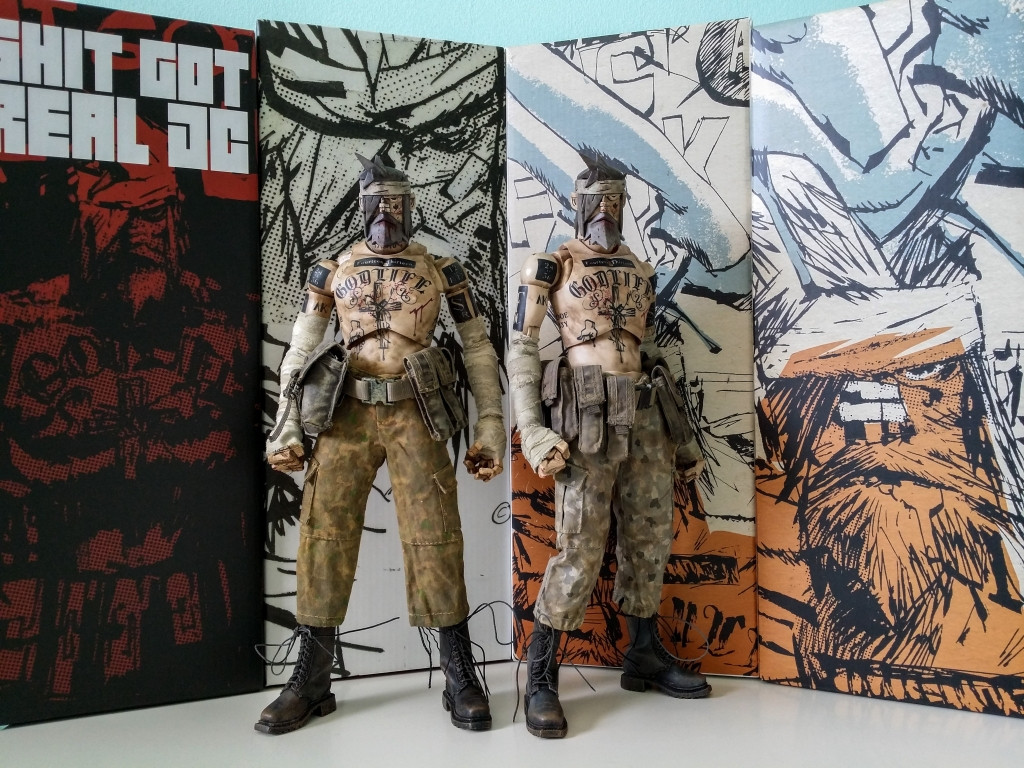 So here's the information from threeA TOYS Catalogue:

Shit Got Real Dark JC was the standard Bambaland release.
In the same wave as the blue WoIP Goodbye Voyager Lizbeth
A Limited allotment of BBCIN ACG Comics & Games Expo Exclusive Shit Got Real JC and Lizbeth Paramour (red) were randomly dropped in the orders.
As well as the rare Pale as Fuck JC and Lizbeth TQ cosplay chases.
No idea which variant is the most common..

According to 3A | Daily News Archive :

"Starting tomorrow im going to offer a pre-order for a GOODBYE VOYAGER LIZBETH and DARK SHIT GOT REAL JC. They might not be pre made but if down you can order one etc. Ill take the pre-made guangzhou ones we have and drop them into orders randomly. So you will get one or the other, or if you dont want that just say “HEY 3A I WANT MY VOYAGER OR DARK JC IN THE MESSAGE BOX ON THE ORDERING PAGE” The sale will last 24 hours!"
...
"apart from the chance to score a GUANGZHOU version of each figure, there will also be super rare versions of both, like PALE AS FUCK JC, LIZBETH TQ. If you dont want any of these and just what you bought please state in the order message window!"

Just to add, both of my JCs were from the standard bambaland release of SGR Dark JC.
As mention by both Chivo and gar on the random allotment. I ended getting one SGR JC (greenish camo pant) and one SGR Dark JC. You can tell them apart because they have different art boxes.
When you bought the mint Dark JC, was it still sealed in the shipper?

From what I remember, of course my memory may be wrong since this was long ago, the yellowish tinge pants with green spots was the more common. I remember having to chase the other one down just for my completist desire. Of course though then there is Pale as Fuck the most rarest and hard to find with a ridiculous secondary market price tag. I need it if anyone wants to pass it along.