yeah Fong John may be the only Mighty i have never seen an actual pic of the production piece. We saw a glimpse of the proto's side, back, and top on those Mighty group shots from Supanova. But never a full 360° view from a single source.

It's one of my fave new colorways, it resembles Ash's comic style of black ink, gray halftone, and rusty orange tint, also reminiscent of cheap old comics / illustrations from the 50's / 60's... just a nice old school feel about him.

Most new colorways changed little or not at all from proto to production (Last 8 Pack, Meow, Hard 30), so probably FJ turned out just like this: 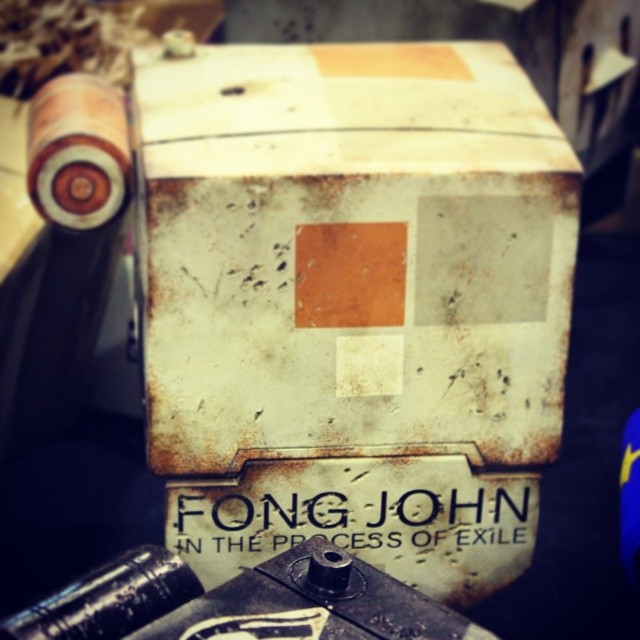 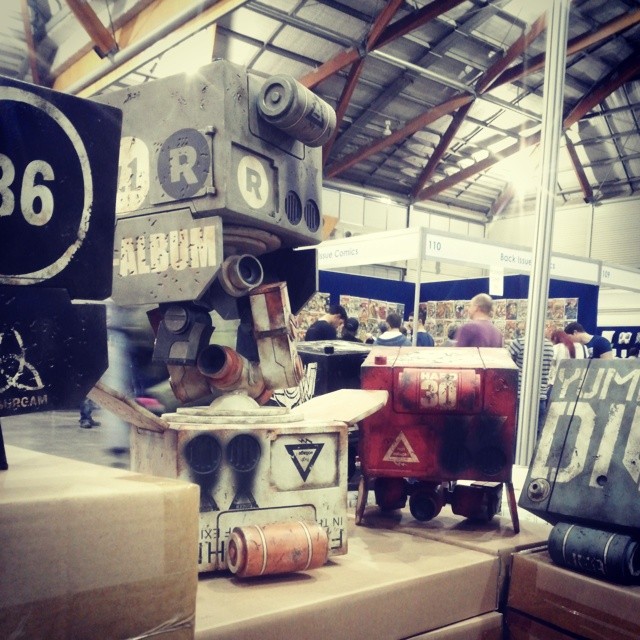 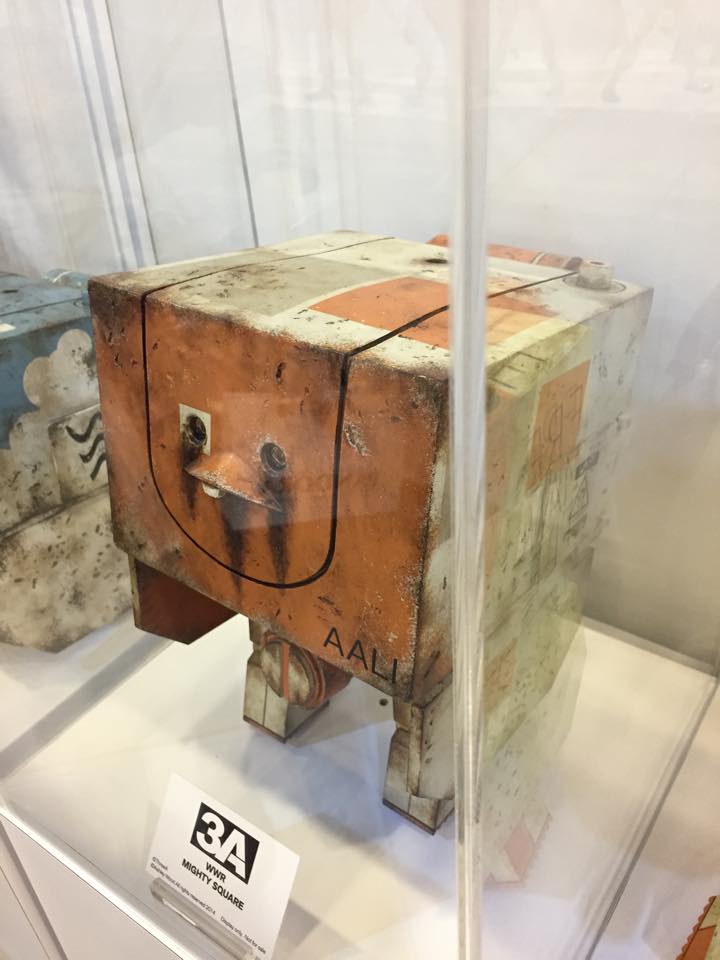 I wonder whatever happened to the proto squares, I wouldn't mind picking one up sometime, they must be in a warehouse somewhere.

Ash keeps the protos. A lot live in the archives in HK

Fremantle won out as the superior orange Mighty Square, no doubt this is why we haven't seen any pictures of it...

Yeah Fremantle turned out really nice even though the black lettering makes the proto even better IMO. I love the industrial feel of Fremantle.

Ash once said in a Q&A that Iron Panda did not make the sale along with a few other colorways. I keep waiting for more info regarding this.

I still haven't seen anyone with a Meow CD mighty Square. If anyone knows of someone who has one and wants to sell send them my way.

^i posted pics a few pages back...

Sorry, he rules too much

MEOW has got to be one of the rarest, i think. It turned out beautiful. If only i could go back in time and save enough to buy MEOW and 10 more Mighties. Never thought i would end up liking them so much.

A dark one, a light one, and in between them, a gray one. 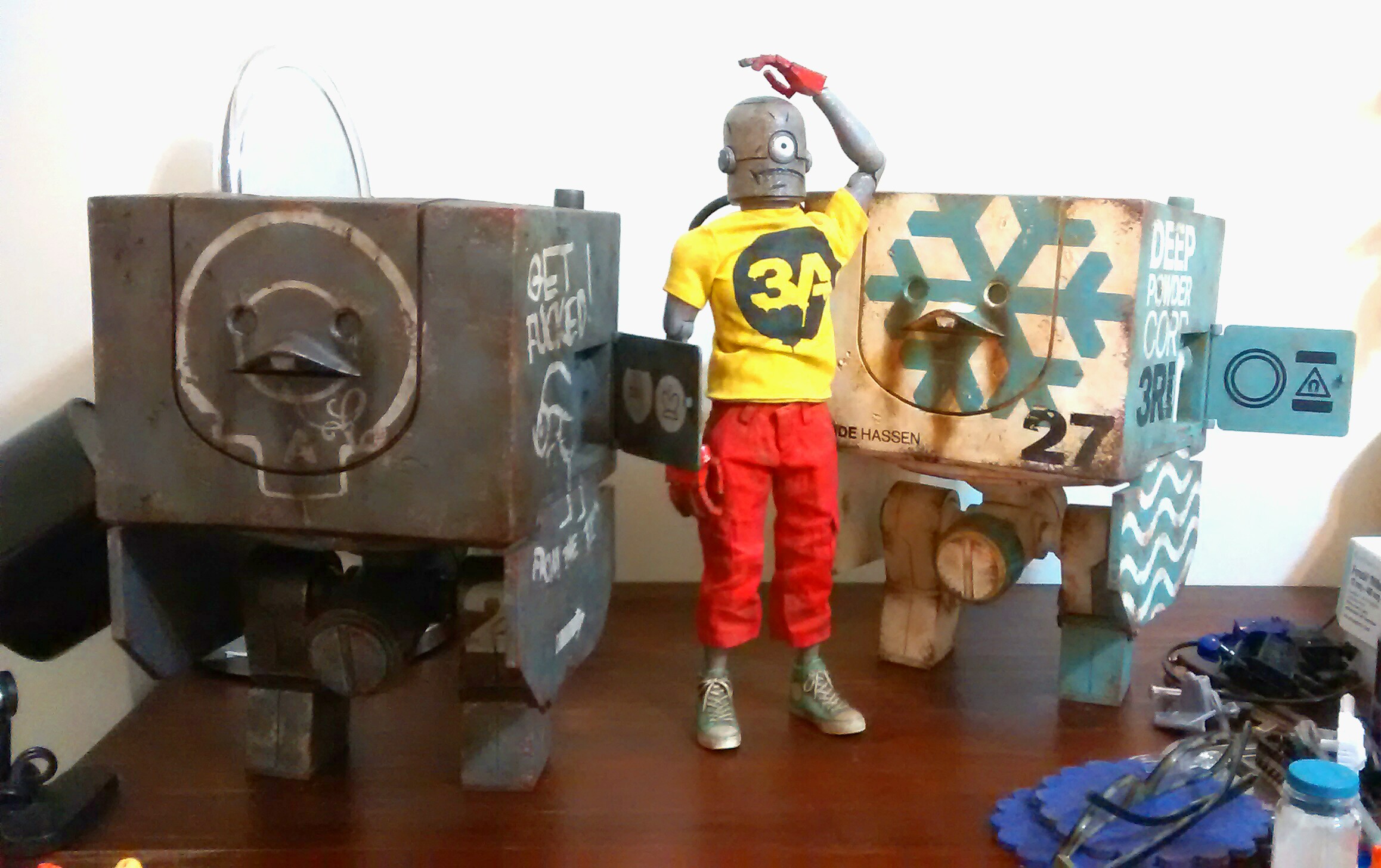 Ash said the reason they didn't do an Iron Panda is because he forgot, he thought he had one done but turns out they didn't so there is still a chance they will along with a few others but I'm worried it could end up in the 3a "soon" pile.

well, pester him enough and he might make them. Just like happened with the wave 2 Nabler Guys.

Retail Mighties could be a good outlet for the last remaining colorways, since 3A is getting more and more retail oriented...

I almost went for Meow but that lady's face on it is really off-putting for me. I think someone made this comparison before but her expression reminds me of this:

Yes, I made the comparison but using the regular yao ming meme (toothy smile). I still don't like the girl's expression and she doesn't look much like the usual cartoony Ash girl, this one is too realistic and I have a feeling it's someone Ash knows and he designed MEOW for her.

However with DD and DP I've learned that i can enjoy a good mighty square despite some details I may not like (giant penis graffiti, giant snowflake), even P18 Maid I have learned to enjoy despite the changes in the word bubbles on the side.

That strange girl pic wouldn't stop me from buying a MEOW if I ever find one at a good price. We should ask Ash who this girl is.

Someone has a Fong John on the FB bst, but it's MIB, so we still don't know what it looks like. I asked for a pic but he only posted the prototype pic from the sale. I'm tempted to buy it just to find out!

BUY IT! Before i succumb to the same temptation myself!

I can't, i've got a CCCP almost paid for, and then i gotta save up for 3AGO Berties and some BBTS preorders coming soon.

Buy it for the benefit of the Legion!

I'm going to pass. It's all yours.

I'm surprised not too many people went for FAT CLOUD, one of the best in my opinion.

FB user Kaelen Klypak was gracious enough to crack open Fong John Mighty.  I think the production version looks better than the proto.  Great weathering!  I just don't have the funds so someone should jump on it.

WOW, looks so good! i miss the warning symbol on the proto's door, though. Overall production piece is so much better. Great weathering!

Does anyone know if the companion Mighty Square ever get sold? 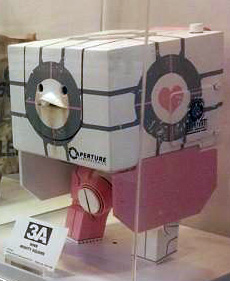 I remember Ash replied saying it was show sample only.

He made a couple samples for himself and for Valve