Always thought they were too small but I got my first minis and the size actually improves their cuteness!

If Ash has retired the 1/6 MK1, let's hope he never stops producing the minis. 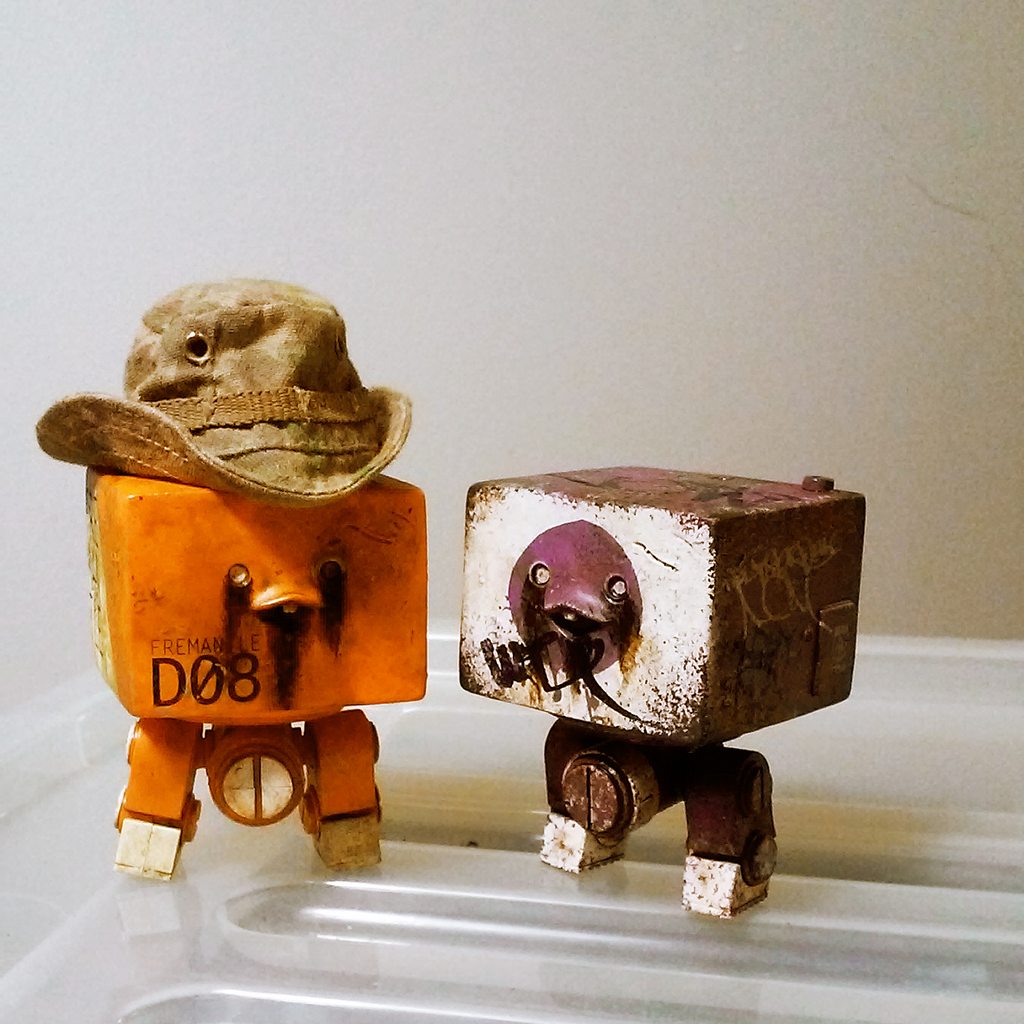 Still wish we could get these guys...

Where is that pic from, Soulburn3d?

Weren't some of those already released along with MK2 Berties?

Most of those weren't released yet. The Dirty Deeds, Medic & Deep Powder were released with the Berties but most of the others weren't.

Neil, Im with you on that, I really wish we could get those on WWRp as well, the first wave of MK1 has always been my favorite choice in squares

The pic is from the blog like 3 years ago. A few have been released, but many have not like the EMGY, Desert, Merc etc.

What was that show where they had almost all the Mighty Square prototypes on exhibition?

on that show they also had about 12 or 16 mini squares... not sure if they were the "sans decals" ones that were exclusive to a previous show, or if they were proper "faction" squares.

anyway, i can't find the pic... will keep looking.

Sounds like the pure squares that were released at Taiwan 2013 show.

one of my very few grails to get a complete WWRp collection. 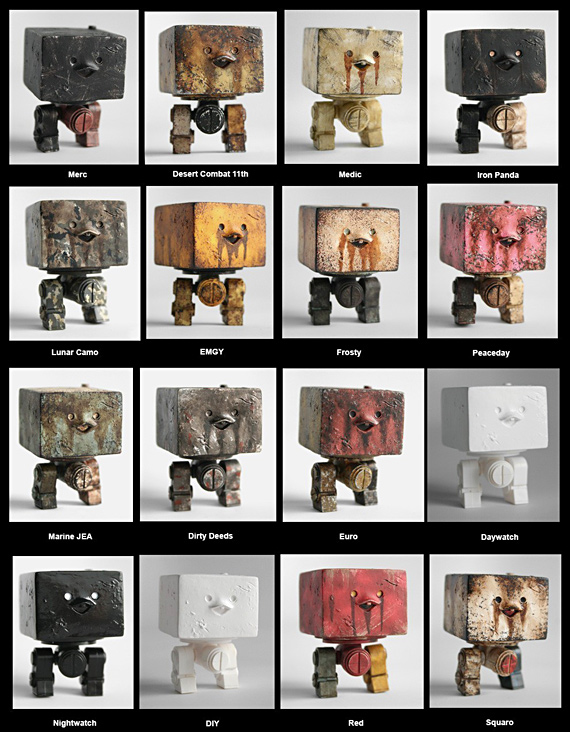 Hmmm i dunno Zach, i think i remember seeing decals on them, at least on Iron Panda, Emgy, Deep Powder, etc.

It was in the China International Comics Festival, pretty sure, based on the showroom furniture. Still looking for those pics.

Okay not the pic i have in mind but here in the middle we see a mini EMGY with decals. I understand that one hasn't been released... this was at:

The pic i saw showed 4 rows x 4 columns of mini squares inside a glass display. Found the pics!
sorry for the gazillion consecutive posts.
these are from the first week of October 2014, but now not sure of the name of the event.

Some have decals, some do not. 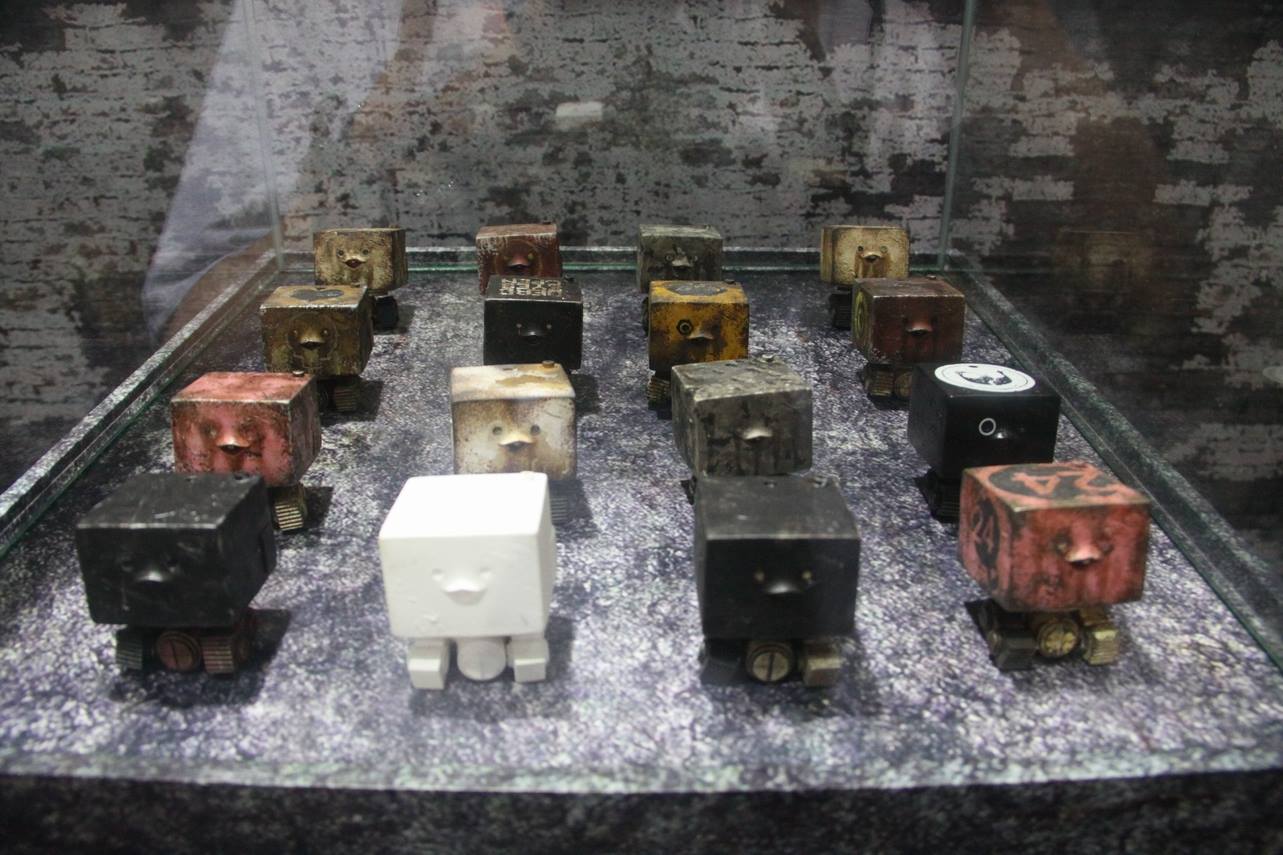 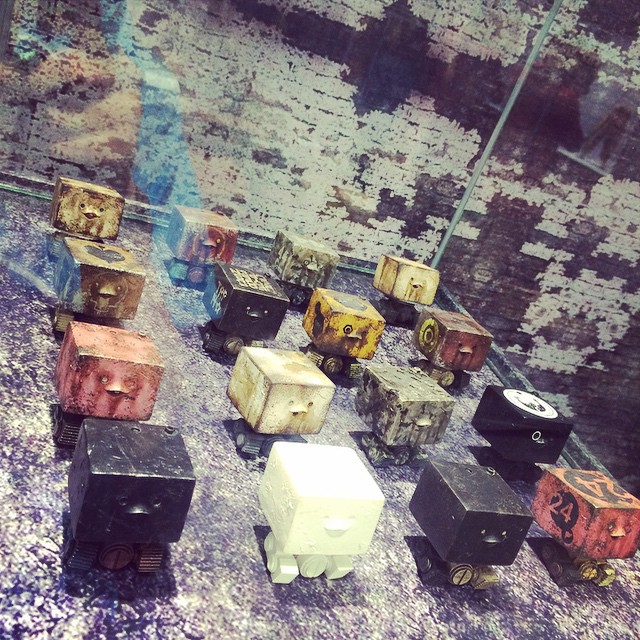 I believe in the end we concurred that those Squares in the case above were actually prototypes for 3AGO scale Squares, remember, the ones that were supposedly going to be offered to members that bought the Dodgy Wonka Square way back when. I wonder if those are even still happening... I'm gonna ash Ash...

Thanks Argentix... i'm all for more squares in any scale and i'm actually a fan of 3AGO...

but why doesn't Ash release 1/12 Square pack when the Legion has asked him many times, and told him that we want such set?

It happened with MIM on both scales, long announced and waited for, then suddenly: Do you guys still want this? Fuck it let's make it happen! Poof it's up at Bamba!

I undestand Ash has no interest in being mainstream, but i think MK1 square (especially 1/12 scale) could be 3A's dunny (sorry if it sounds offensive). If i were Ash i would be churning out mini squares on a regular basis, albeit much better curated than dunnys... Brent, Siuyin, Crystal, even artists from the Legion would get to design squares.

With a few selected Legionnaires now illustrating official 3A comics, i'd say it's not such a crazy idea to work with some of us on a limited run of Squares.

Damn a design a square competition would be so cool! What about a box of 10 legion designed squares! I know Ash doesn't like people messing with his stuff but he could have the final say and they could just be one offs ie: not part of any 3a worlds just legion/fan dreams. I would love to either design or buy or just support this any way I can.

Yes!
i believe the participation of BRiZL, Cromagnus, and other Legion artists in the upcoming 3A comics Ash is writing, sets a precedent for this.

directed and curated by Ash & Team, something like LEGO ideas, but with the Legion. Mini squares would be the cheapest, easiest way to do this.

Argentix wrote:I believe in the end we concurred that those Squares in the case above were actually prototypes for 3AGO scale Squares, remember, the ones that were supposedly going to be offered to members that bought the Dodgy Wonka Square way back when. I wonder if those are even still happening... I'm gonna ash Ash...

Q: Did I notice 3AGO Squares on display at CICF? Or these were regular 1/6th scale ones?
A: No 3AGO Squares shown yet!


So that proves those squares are 1/12, right? Notice the bump on the side of its face, that bump is higher and more towards the edge on 1/6 squares.

Does anyone know if people got any of their Wanpi wwrp squares? 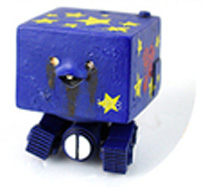 Nope, was at Toy Soul Hong Kong in December 2014

The rarest commercially available Square that I know of. Never seen them pop up on any aftermarket sites - must have all gone to serious owners.

One of 3 WWrp figures i need for a complete set. doubt i will ever get one of these, but good to know they are keepers whoever has them.

Zach.de wrote:One of 3 WWrp figures i need for a complete set. doubt i will ever get one of these, but good to know they are keepers whoever has them.

Missing some of the 'pure color' Squares I take it? Never was able to get a complete set of those ones...