Has three a hit critical mass

Clearly the paid mods on here are but messengers of what is passed on, ok I like the umbrella

, the problem with that bloody shipping list is that it is now shamefully ridiculous, why oh why is it so fucking difficult to get an estimate on a product shipping. just communicate the shipping when you know a product is in it's final stage of getting out the door, let's say packaging. we don't care if it's in the queue, it's not a 'what's in the queue list is it?', we want to know when to expect it in hand. Just don't give out bullshit info that makes everyone look stupid. rant out.

Critical mass was like three years ago wasn't it? I've had to slow down coz Star Wars, Marvel and Transformers have picked up as well as prices across the board.

And everyone else is making me preorder, farting around with delivery dates and messing up opportunities for other purchases as well. I think there's collectors fatigue everywhere. Something's going to break, I can feel it. Not to mention, next year, everything I buy will have like 25% customs fee on top. And I still want those Mondo turtles.

I've found that 3A will often lump together all of the more ambitious upcoming products at the end of the shipping updates. Same with the 'upcoming sales' listings as well. It's pretty clear that this is code for: "Oh, yeah and these things will be happening... sometime." and not actually heralding a fantastically awesome period where all the giant robots are shipped out as waves of new ones are sold all in the same month. Understandable: Yes. Good for the company image: Probably not...

gregory wrote:I understand what you're saying, and I was gonna use the pizza tracker as an example of something that is entirely not possible.

That's the risk taken with preorders from any company. 3A, Hot Toys, Sideshow, Takara, any of the HK designer toy companies. Very few are on message boards or interacting outside of the occasional website/facebook post or instagram post after sales. Usually the only communication is to update retailers for the retailers to say "your order has been delayed til x." For example look at the Hulkbuster Armor. That'll realistically take a year, maybe more to be put out and that's an almost $1000 figure. Are they gonna update much until then? Probably not. Are they gonna continue selling more expensive figures for PO every month until then? Yep.

Would 3A benefit from more padded shipping estimates? Absolutely. Nobody's arguing with that. We acknowledge things are delayed almost every shipping update and try to be specific when we can. Will padding more months to PO's happen with new/current sales? Yes, at least until the factory catches up. The one thing 3A can say is 3A has never not delivered.

I just got my first Hot Toys figure from Sideshow a couple weeks ago, Optimus Prime, and Deadpool will be my next. Guess what? Both had delays. It happens. I get people are pissed, I get they are frustrated. Off the September list, a lot of stuff was expected to ship to me and when I emailed CS last week, none had, but they said they will update me when they have more information.
So yeah, delays happen, but the shipping list for September seems fairly off considering and should be looked at and updated with some useful info. I'm also in the Cowbot line. Been so curious to see what it looks like since I pre-ordered it off a drawing, and we should get more than a teaser by now.
With all that, I am not mad nor asking for refunds. I still want the figures and I get the frustration but I honestly am not worried about not getting my stuff. It's something 3A needs to resolve, obviously, but if not getting a collectable on schedule is the worst thing happening to someone right now, be f***ing glad that's all you have going on

All this adult designer toy business is first world problem stuff, still it doesn't warrant a pass for any company to act like this. Please stop with the minimalising, I know it makes you feel like a mature adult schooling the 'kids' who seems o so upset in your superior mindset. I can get really mad at those people getting on their high horse because of critique being thrown at their favorite company, crying on about how all this so called negativity is spoiling their hobby or making their depressed life even worse, meh. I think it's great we as customers have this great tool called the internet to be vocal about companies and in turn can regulate if abuse or bad conduct is registered. If you can't handle critique or discussion, I think you should check your maturity.

"Nobody is sitting around the office thinking "how can we piss them off more today!" No we don't think people are idiots, no we're not high fiving each other, no we are not purposefully attempting to deceive and further embitter customers. The delays piss us all off. We're not trying to "get away with it." Why would we? That's insane. Delays lose customers. Delays cause refunds. Delays cost money. We're grateful to the people that stick it out and continue to support. "

I know Gregory, sorry man, I was just mucking about. For the most part.
I do think ThreeA needs to get their shit together, the same problems seemingly not being dealt with in any lasting way is farcical at this point, no other company seems to struggle so much to approximate their shipping estimations. Also, I do think updates regarding delays need to be more frequent and come via official channels amd nonsense shipping estimates and schedules need to be done away with. If we on the forum can tell it's unrealistic, you guys must know it too.

I understand that there are delays. But when it's seven out of 60+ items that shipped on time… and on time is a full yearly quarter window… something is wrong. A roughly ten person hit rate on shipping on time when the window is three months is no good.

Not to mention the additional 14 items that haven't missed their window yet for this year but seem likely to do so.

Again, I am totally okay with shipping delays and understand why it happens but when communication is sparse, you pay up front, and it becomes far more the rule than the exception it becomes unacceptable. I know it's been said before in various ways but for some reason I feel the need to keep saying it since it doesn't really feel like anyone from ThreeA actually gets that.

… and then there's the whole unexpected no notice pay up front sales issue… but that's an issue for a different day. Oh and the convention and show products that seem to be made on time no problem. Kinda makes the whole "issues happen and it causes delays" sound like BS. Not saying it is, just saying that's what it sounds like barring any other information.

A bit off topic but to me it fits in with 3A not having things together a bit.
I emailed CS my new address and they're wanting me to give them all the order numbers and product names of the items I'm still waiting on. I've emailed numerous companies my new address and not one has requested such a thing, they all replied the same day saying the adjustment has been made. Does CS not know what I've ordered?

ghostmouse wrote:A bit off topic but to me it fits in with 3A not having things together a bit.
I emailed CS my new address and they're wanting me to give them all the order numbers and product names of the items I'm still waiting on. I've emailed numerous companies my new address and not one has requested such a thing, they all replied the same day saying the adjustment has been made. Does CS not know what I've ordered?

at some point, all my orders seems to be lost on their history.
But somehow they manage to get it back after my complaint. 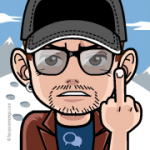 I think the real problem is 3a has moved up to 2-3 sales a month, I'm not counting the licensing. It feels sometimes...like taking more of my money is a priority...rather than delivering.

ghostmouse wrote:A bit off topic but to me it fits in with 3A not having things together a bit.
I emailed CS my new address and they're wanting me to give them all the order numbers and product names of the items I'm still waiting on.  I've emailed numerous companies my new address and not one has requested such a thing, they all replied the same day saying the adjustment has been made.  Does CS not know what I've ordered?

i had to go back through account history on bamba and list the orders for them as well... was a bit off putting but better than things getting delivered to the wrong address - which is what happened when CS originally said they changed my address.

I latched onto the world of Ashley Wood because of the unique and varied designs that reference the golden age of animation! It's the Machine Age clumsiness and off-kilter proportions that really keep his art interesting! Are you familiar with the terms real robot and super robot? Ashley Wood changed the action figure world forever with his real robots done in a completely unrealistic way!

I can't afford the 3A lifestyle, so I gave it up. These past few years 3A has become so ingrained into my existence, and it is difficult for me to move on. It provided a tiny stream of accomplishment and productivity in my life which is all I needed to stay alive. I'm a prime example of human suffering and loneliness.

So what are you doing now to fill this void?

Chivo wrote:So what are you doing now to fill this void?

A void shared is a void halved.

I'm sure critical mass has been hit quite some time ago. I'd like to see more of Ash's original works, especially WWR. For some time I felt a great uncertainty as to whether or not I even cared anymore, but the ugly truth is that I love WWR and WWRp figs and I can't stop myself from collecting them no matter how I try. Life happens, I'm still collecting things despite the load I'm dealing with, and I decide one day to check out the forums where I find myself wondering somewhat aimlessly and feeling utterly confused. I believe I am suffering shell shock of a sort...