Hoverbot - the evolution of a design.

Hoverbot - the evolution of a design. 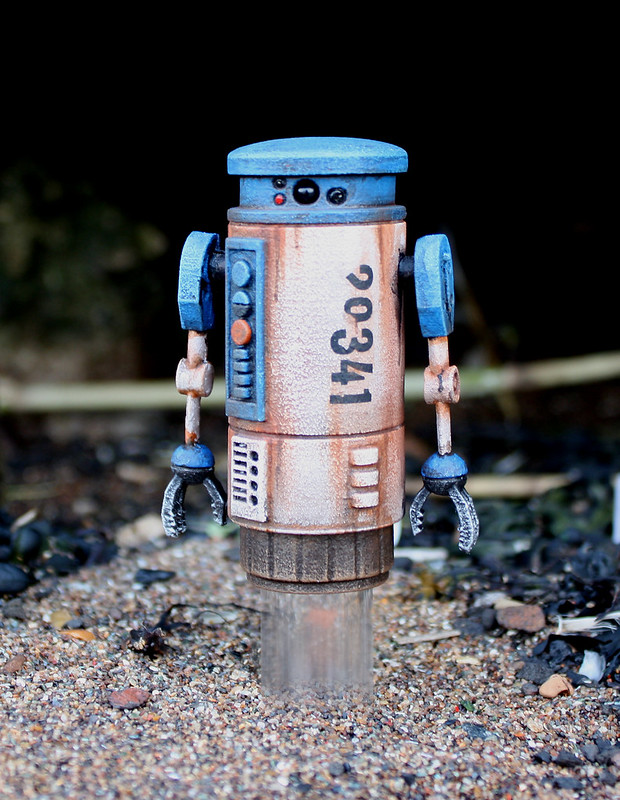 Before the disappearance of humans, technology including robotics had become very advanced and work droids were made in vast numbers to do the ‘difficult jobs’. Hoverdroids had anti-grav engines which enabled them to hover and move over any terrain, their rear pulse engine on the central rotating section allowed them to gain forward motion and change direction. Because of how they were built to survive all weathers and inhospitable environments, many of these droids survived what humans were unable to endure.

Their AI units were both programmed for autonomous and interactive work. They could work independently on tasks and where necessary within collections to complete bigger projects. As a failsafe, if droids completed tasks and were not updated with new ones, they were programmed to communicate with others and download their tasks. It seems that when humans did disappear many droids linked their AI and started to function and work within colonies, not unlike the modus operandi in ant/bee/termite colonies. Their basic survival programming seemed to become more advanced and in many cases droids worked together to build large shelter structures.

Hoverdroids are the result of a 3A related FB group challenge to build a robot from found parts, in other words, build from it scratch. Although I did sneak in a 3A robot part.

It didn't have to be 3A related but you can clearly see the influences in the pics below: 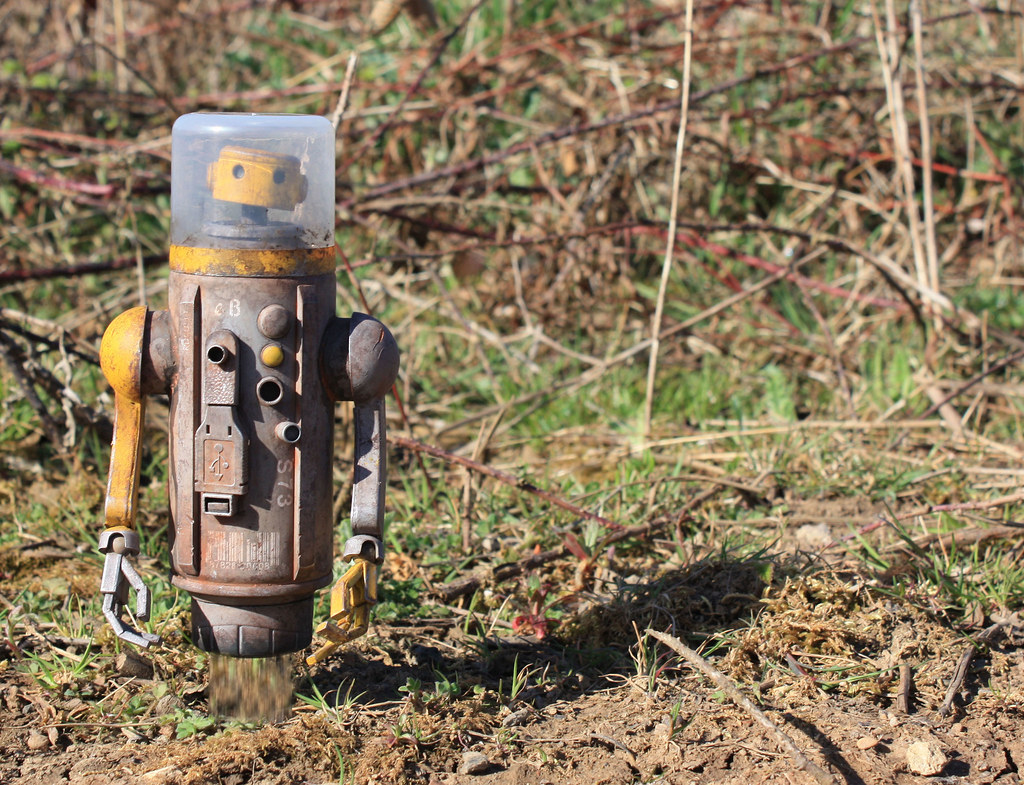 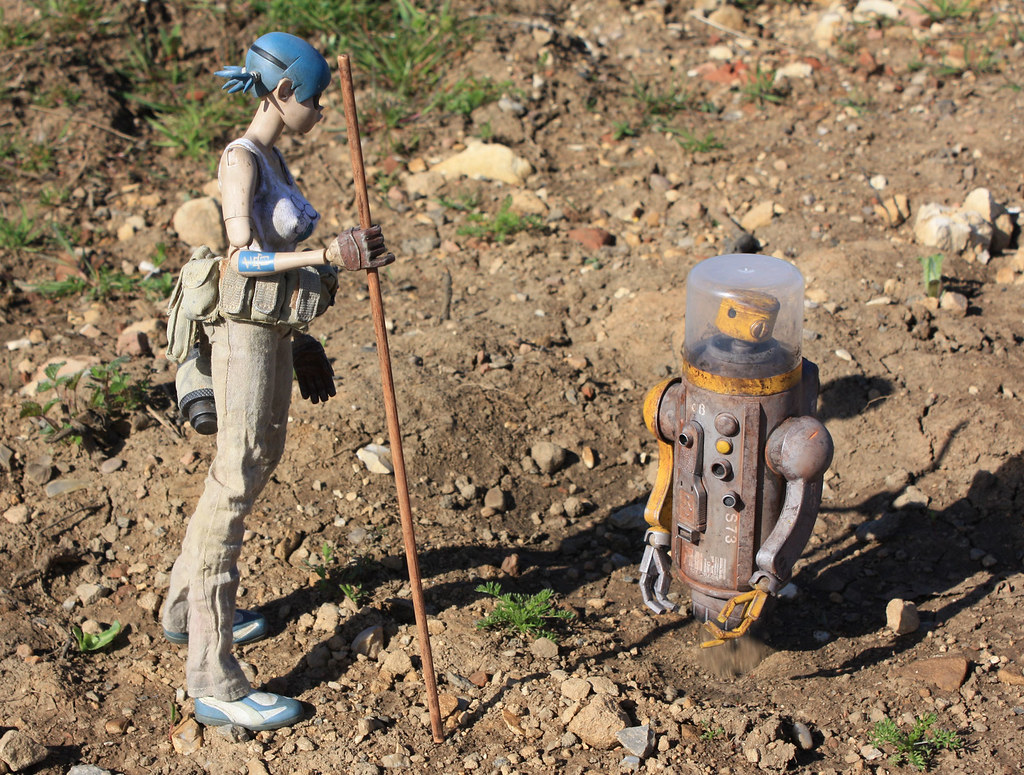 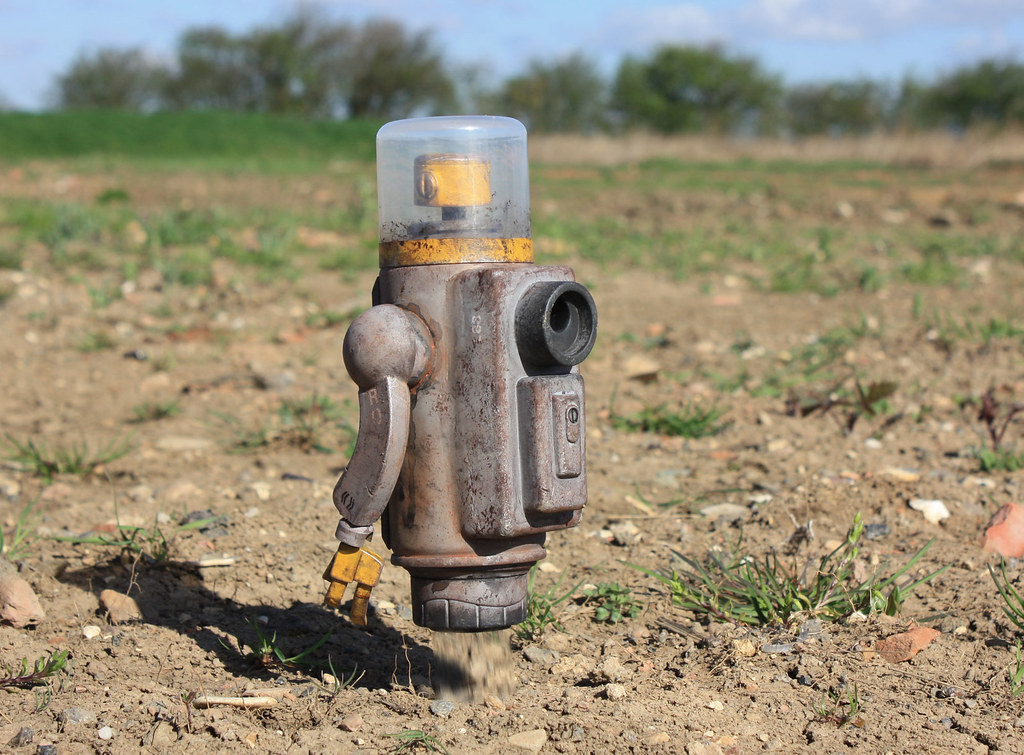 The in April of this year I went to a Toycon and chatted to a few folks about 3D printing and resin casting. So after few small try outs with CAD, still thinking a bit 3A and a bit of SW droid, I made this prototype:

Add a bit of Photoshop: 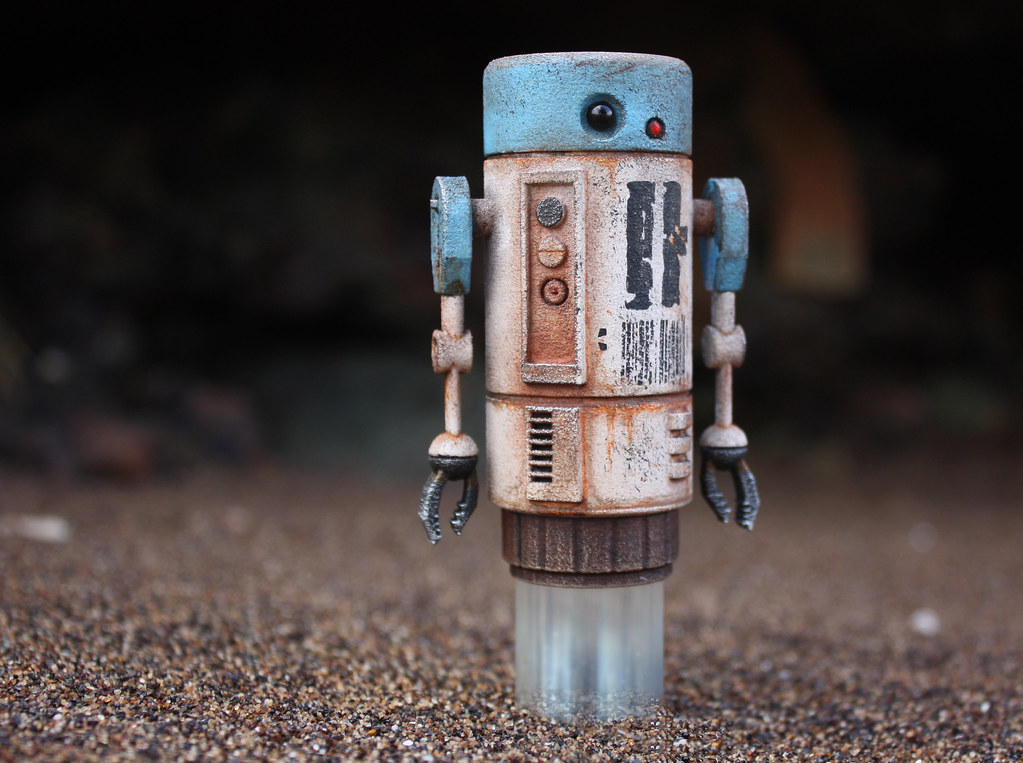 So after a few tweaks I came up with this basic worker, which I had  3D printed and friend, with his amazing skills, cast a few for me from the master. They are cast in 3 pieces and are 85 mm high, 110 mm high on their stands. I also did a flat stand for each as well. Not sure exactly where I am going with these, but I do have models designed for a heavy worker, security and messenger/communications droid. 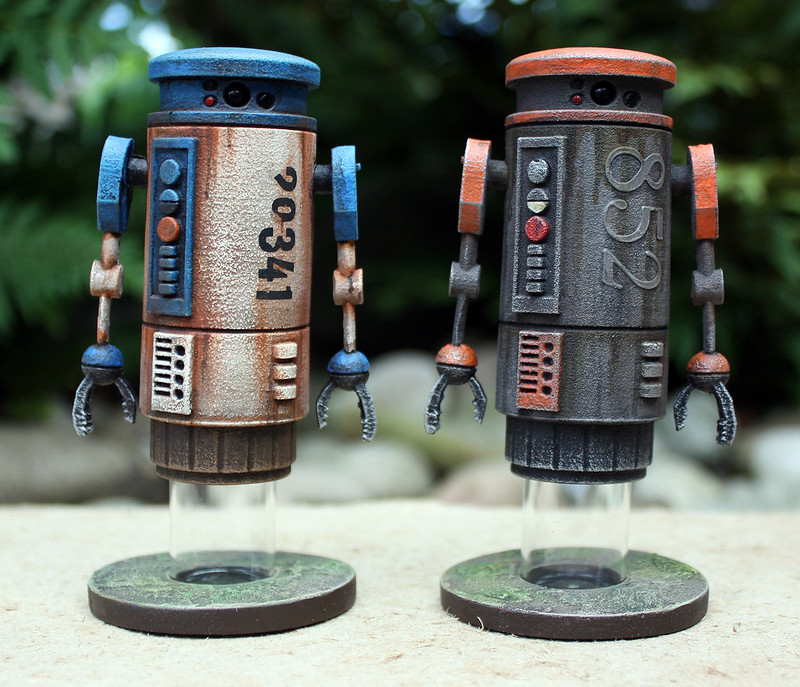 Re: Hoverbot - the evolution of a design.

That clear piece to make it look like they're hovering -- Genius!