Brom. Need....unless there is something super amazing.

Yes to DLM MK2 and double yes to Bromwich colorway!!!

I didn`t have a Martin in my collection, so these are fantastic news to me
and i love that "mad eye" and stoic "mouth" line,as these remind me of the portable
MK3 Bertie pinkies which i missed at the time!

Looks like it
I'll settle with the XLM while waiting for the Bertie variants in onesixth.

All these slight mods AW is making to OG designs (NOM Comm, now LM) simply satisfy those who never got the originals. While, happy for those of you that can now have a big LM on your shelf, this doesn't do much for me. The paint, logos, build quality on the original LMs is perfection

Large Martin? Looks like B.O.B. to me... anyone remember old-school WWR lore?

Argentix wrote:Large Martin? Looks like B.O.B. to me... anyone remember old-school WWR lore?

But since the label on the display case says Large Martin it's pretty save to say it's a Large Martin.

666ways2love wrote:All these slight mods AW is making to OG designs (NOM Comm, now LM) simply satisfy those who never got the originals.  While, happy for those of you that can now have a big LM on your shelf, this doesn't do much for me. The paint, logos, build quality on the original LMs is perfection

I agree mostly.
I would love some new new robots. Hope we see the TK Hunter release sometime this year.
But those newly sculpted cannons and headsculpt on this, what I assume is the XLM, mentioned in some printed promo material coming with recent releases, looks pretty great.
I t even looks like the cannon can move freely without getting caught in a scuffing competition with the shoulder.

Sweet.
Really hope I'll be able to lay my hands on one.

ash that painting with blanc on a martin is epic, ash was like thats bob yo. lol

loved how the chest armor plate went up over the face abit on OG martin.

I'm hoping for less..but we will see.


Ash better put JEA and Panda on the list, or I will start the riot, lol, just kiddin'

Yeah, I think it's XLM. The poster that came with the recent Ninja TQs confirms it. But hey, I can dream right?

Love it. I really like the high-tech aesthetic WWR has been moving towards with recent releases. We've moved out of the old WWII era and have stepped into a sleeker future. Also, I can't tell you how happy I am to see that ThreeA is finally making large bots again! Between TK Hunter, XLM and that last 1/6th Bramble, there's a lot to love right now.

It's all good to see Ash putting prototypes up but with 3a that could mean anytime or never, I'd like to see some painted up or even an estimated sale date. We're still waiting on DD#5 as well as 1/6 Berties, does this mean they're off the table?

Nothing is off the table

Anyone got a pic of that poster?

Even Gregory is on the table....just sitting there..with all the top secret robots.

Hm, I'm really curious about the materials for these and the new Berties.  I remember hearing about a move to ABS, but the most recent Berties (3AGO and otherwise) definitely had vinyl bodies and backpacks.  Obviously the legs are ABS, the seems and logistical issues give that away, but curious if the ABS idea for bodies was scrapped or I just misunderstood the plan in the first place.  Those guns and the head are pretty crisp though, could be the new parts are ABS and vinyl bodies just ended up being more practical and easier to assemble.

I'm going to posture a guess we'll see the new Berties this year and the Martin end of this year or next.  A head swap seems like it would require a lot less engineering than rework of the Martin, but lord knows if we're going to see new accessories and how long paint work will take. We've seen grey protos go to sales within a year with the birdcage. Also depends on if Ash decides things are good and ready.  Also curious how 3A is going to handle releasing 4 new versions in 3 different scales.  I imagine releasing multiple colorways in 3 different scales, even if each new version only has one, would be a nightmare for everybody.

Bots have nearly always been a blend of ABS and PVC parts, occasionally POM. Engineers determine the best material for the job needed. There will be experiments along the way. 3AGO Squares are ABS. Brambles and Berties use a mix.
_________________
Instagram

Best I could find so far:
via toy-people.com 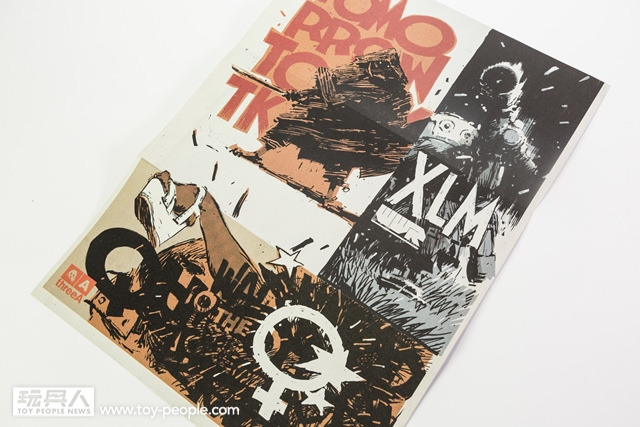