I love this thread! Totally hilarious. Looking every day for new posts first. So much negativity. 3A are doing so many great things. I don't buy into many of them, I am discerning about what I get. If I have to wait a bit longer than expected then so be it. Food, drink, shelter I've got covered. No one dies if a toy takes a while to arrive. Having something pending delivery from 3A is one of those bitter/sweet life experiences, "I want my 3A delivery? where is my 3A? why is 3A taking so long? oh-no I've now got my delivery now I've nothing to look forward to from 3A; whens the next drop?". Well done 3A for not reacting to a lot of the Emo. Never apologize, never explain for being what you are! Just keep up the originality.

I too only buy very selectively and am in no great hurry (QC, the pre-ordering shenanigans, never-ending reworks of the same sculpts and kiss-ass fanboys/girls eventually wore me down) . . . but prioritising new shit over overdue outstanding orders just seems to show a lack of basic customer courtesy. 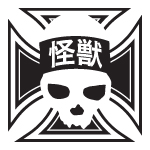 Love how genuine legitimate complaints are laughed off as emo by too cool for school 'I don't buy this stuff but I read here every day' Kevins. Get you. Woohoo.

3A is having a stinker of s year, no matter how you frame it.. A complete recall on Master Chief, a massive floppy body problem on a supposedly 'fixed' body with the Heavy Slicer, the Bamba-sale that went BOOM, the 3AA fuck up and a huge slew of late products. The latter of which you can laugh off as emo or you can look at and say 'the longer these are taking the less profitable the line is for 3A.' If you pre-sell so little of something and then have constant production issues your profits are going fast.

The SDCC / Japan slew of toys is just a kick in the teeth on top of that. Neither of those events need the huge range of items that will be sold, for all the wow to the limited numbers who get to either event it's two fingers to everyone else waiting on stuff endlessly delayed,

You call it emo, I'd say it's a clear sign to the folks on the hill to wise up.

No offence to Greg or Gimbat, I appreciate their position in the trenches and thank them for their efforts and supporting us.

That kinda stopped happening years ago. The only thing they're breaking new ground on these days is poor customer relations.

This. Very much agreed.

I don't live or die by whether toys ship - I'll get them eventually, sure - but as a customer it's hard not to feel miffed when we have all these exclusives being pumped out for show after show and rapid fire quasi-premades hitting the Good Smile store while more and more of the long paid Bambaland orders fall to the communists. Just look at all that red on page one.

Cheers guys, 3a might have a few delays but this thread never fails to deliver. It's a hoot.

Taking joy in other people's distress is a totally rad thing to do.

Why does it take customer service so long to respond to anything? It's been four days and still no response to my refund request.

Hope Ross can.
Always been a weak spot of Deep Powder Bramble Mk2

I was moving things around and started to pack it into the original box. It had been in the same pose for couple of years. Double joint snapped with a slightest touch. It was really weird...

The shoulder joint?
Not the upper arm joint?

Sounds like the vinyl got brittle which can happen. Not sure what exactly causes it other than time and light. I /think/ you can use mineral oil to soften it back up again but not 100% on that.

Usually it's the swivel joint at what would be one of the the biceps that goes tits up on the DP. A couple years back mine did when a weak knee large Martin took a header into him. Was able to reglue the break on the Bram and miraculously I think it's stronger than original, and still swivels fine. In fact I'd forgotten about that until I saw these posts.

So I've been traveling a lot and it's hard to keep track of the figures I've ordered that I've actually received. I know I ordered a halloween exclusive figure, a witch with a pumpkin brew or something last halloween that I've never received.

I had totally forgotten about it until right now. Does anyone else know the figure I mean and did you ever get yours in the mail?

I think that's Hex but either way as far as I know that hasn't shipped yet but che k the shipping next thread.

suppose to ship next month i think, was delayed

I just went through the same thing as you Takezo. It's what got me coming back to the forum. Tryng to figure out if Hex had shipped yet or what. After reading the shipping thread and a friend of mine canceling his, I emailed ThreeA to cancel mine.

As of the last shipping update these two have no estimated release date. It just says they have been further delayed:

So Hex doesn't even have an estimate atm :/

Both are estimated to ship next month barring anymore unforeseen circumstances

Oh sorry I must have missed that. Only saw the blog post.

I mean, I remember liking the figure but since I couldn't even remember what it was called I'm not sure I really want it now. Canceling might be a good idea since I literally have all of my figures in boxes right now anyway.

I was traveling for months and I come home to a stack of 3A stuff that I hardly remember ordering since it was so long ago.

Anything new about this baby?