Argentix wrote:Alas... I had no funds when that glorious Liberator went up for sale...

But you know, I kind of like only having 1 Death Mask in my collection. The more I think about it, I like the idea of a single deadly badass more than a team of skull-faced guys. It's more storybook that way I guess. Some of the magic is lost when such a great idea gets used more than once.

Isn't it funny that the seven bones have almost as many completed members as the skullfacers- yet the skulls started this year...

the only one missing is the heavy slicer for deathmask, yet don't feel bad the face was kind of weird :p.

thumbtack82 wrote:I also hope that the paint job is the same as the Venture version. That rust tinged armour looks bad-ass! In other pics I've seen, such as the bamba listing photo, the figure is a lot cleaner looking, just seems like a different colour scheme of previous shoguns. The rusty look is amazing, gives it a sense of decay imo that suits the death mask look.

Yep, the Japan Venture ver. is more OG type of rust, while Bamba looks like the standard rust nowadays.

The Venture version and the Bamba version were promoted using the exact same promo pics. Only when people started sharing their in-hand pics of the Venture production pieces, did we notice the warm rusty weathering on the armor, the actual color of the Shogun's skin, his skull decal, the calligraphy on the sword sheath, etc.

None of this is really appreciated on the promo pics, which, i repeat, are the exact same for Venture and Bamba. So we have nothing to indicate that the Bamba version will be different, but also we shouldn't assume it'll be exactly the same including the nice rusty weathering.

With 3A, assume nothing and expect nothing.

Are the headsculpts any different? The shoguns had to fit those helmets. 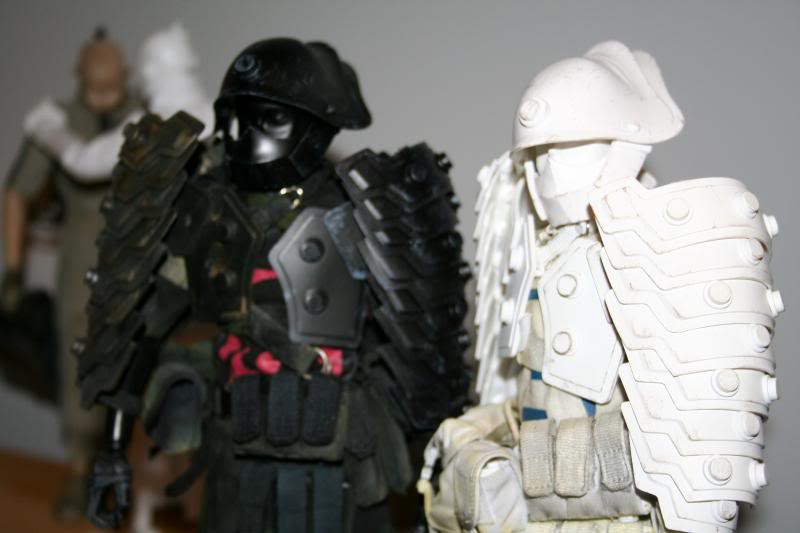 I think the shogun is a direct repaint of the original figure. therefore the fitting of helmet should be similar

Argentix wrote:Alas... I had no funds when that glorious Liberator went up for sale...

But you know, I kind of like only having 1 Death Mask in my collection. The more I think about it, I like the idea of a single deadly badass more than a team of skull-faced guys. It's more storybook that way I guess. Some of the magic is lost when such a great idea gets used more than once.

Honestly I'm not sure if I would even with the funds, 3A has a lot of tough competition right now and Popbot isn't exactly topping my list...

Has anyone in the US received any updates or shipping notice on those retail TKs that were supposed to have shipped already?
I think I'm about a day away from happily cancelling "Underverse Ranger"....

Received my retail tks like a month ago. I'm from California. Got mine from my plastic heart.

Hmmm,.. I ordered from Les Avocado. Nothing.

I also ordered from Les Avocado and sent an email to Paul after reading that MPH got their shipment / filled U.S. orders already.  His reply was that they won't get them until late November.

"Our stock does not come from ThreeA it comes from a  US distributor  so we can keep our shipping costs down.  We typically lag behind 3-6 weeks depending on how fast they receive and sort their inventory."

I wonder how MPH gets theirs so quickly?  Direct ship from 3A?

Oh damn,... yeah, no go for me on that. Blonde Yama just isn't worth it. Im just not going for that 9mo window on a TK. Should've learned my lesson when I ordered 3A retail the last time.
Big thanks for the heads up dTrain.

GAHHH more pics you already got yours?!?!

Man I want mine.

omg, what am I going to do about that box!

Chivo wrote:What are you guys talking about?  You have an image that shows that?  The one in the previous page is all I've seen.  Am I missing something?

don't know if it shows in the photo but the goatee is more to the left than the right. may be subtle but it's off a bit.

I found out that Oroshi had a tatoo VIC 40, what does it mean?
Too bad that old forum is dead.. I guess I could find answer there.
Maybe somebody helps and knows the answer

I think it refers to a computer.  I think he's a data liberator. But maybe someone with more knowledge has more info.
There is this image: 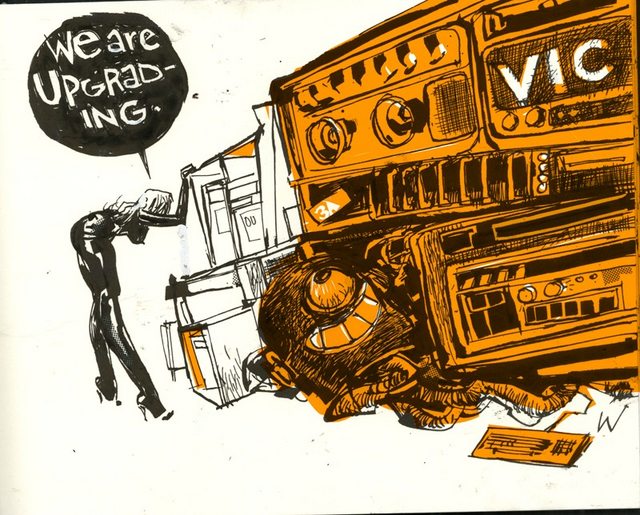 It's a reference to the Commodore 64

Oh my Commodore! Love these little nuggets of info.

Oh, that's the thing
gregory, thanks !

What is a Commodores? 3A servers?