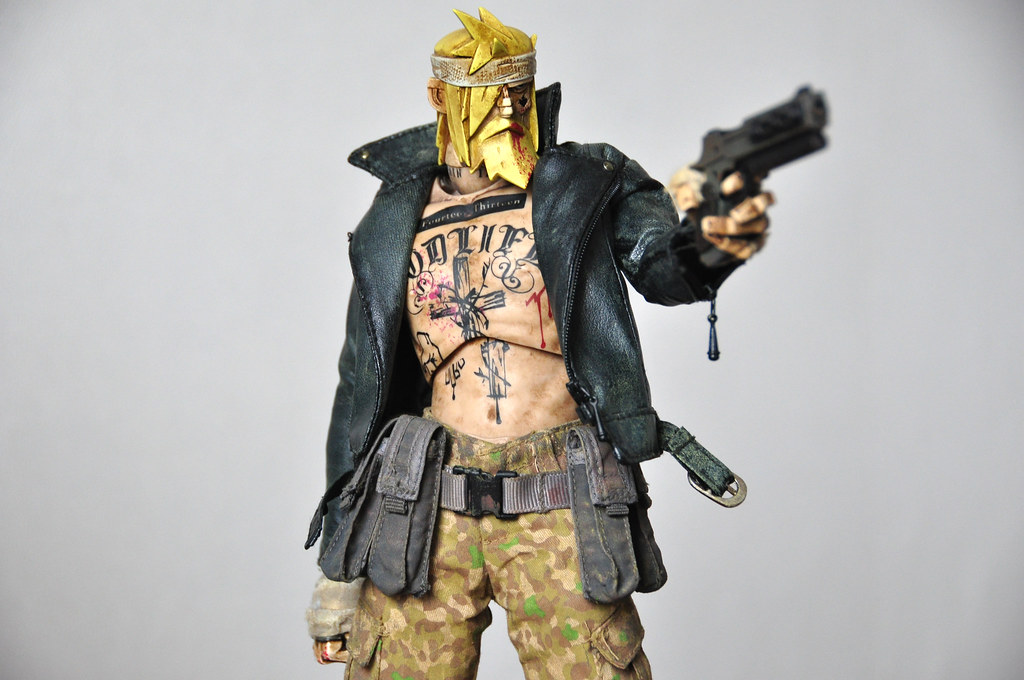 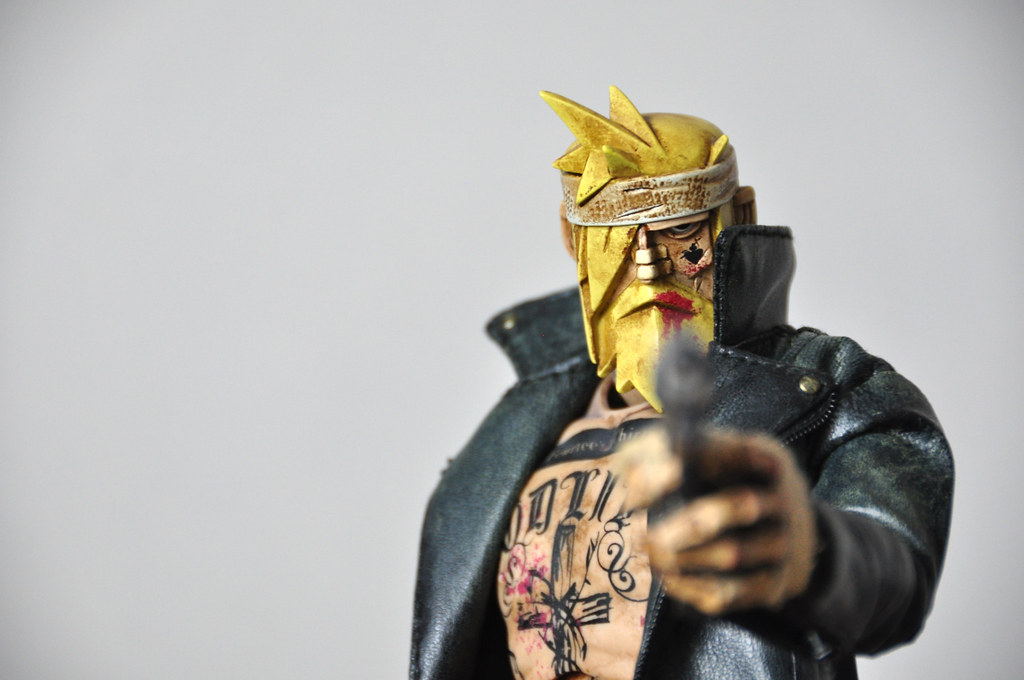 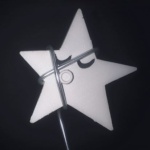 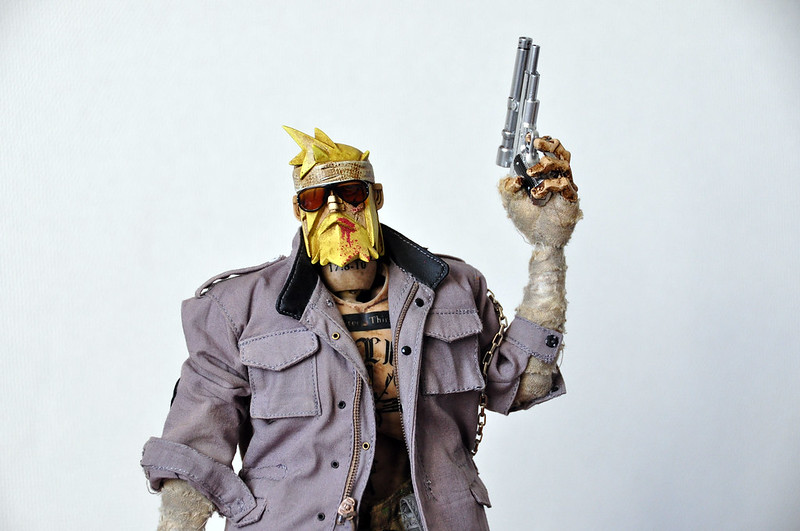 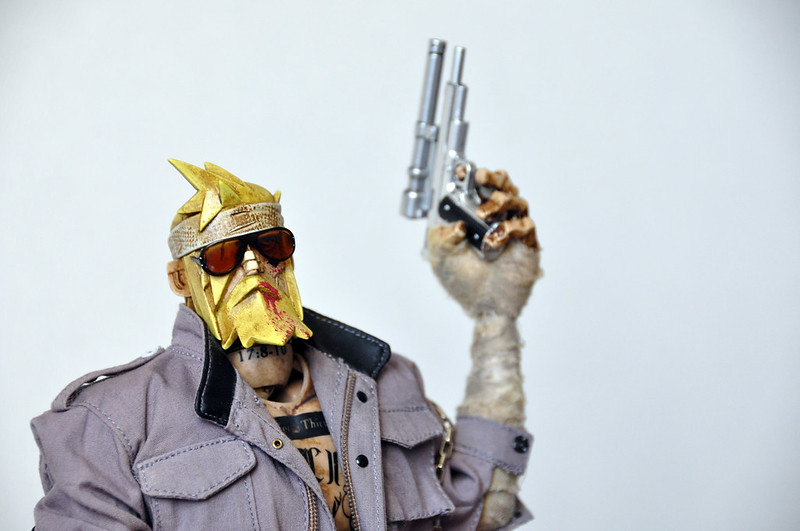 that first pic with the leather jacket is so badass! 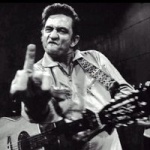 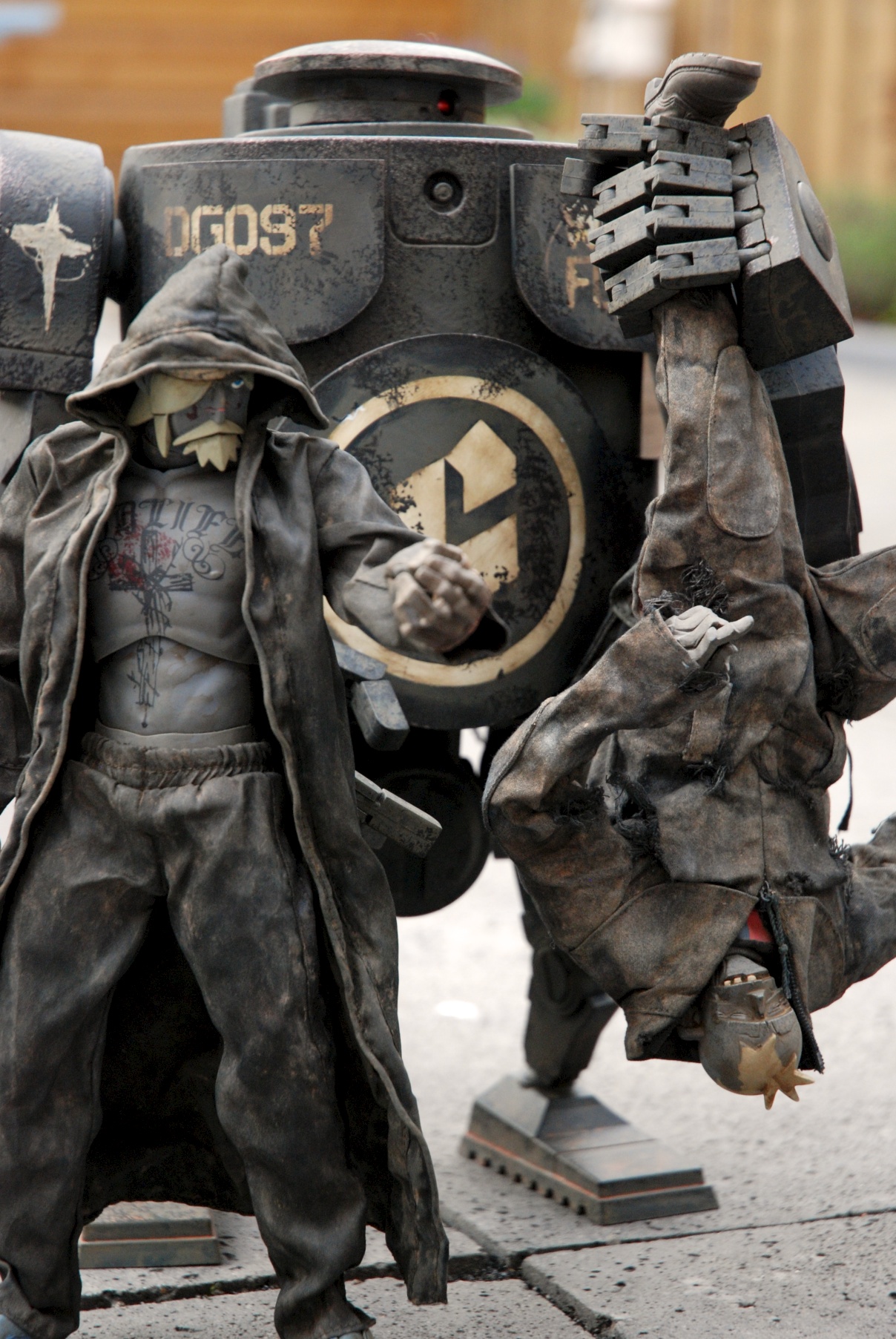 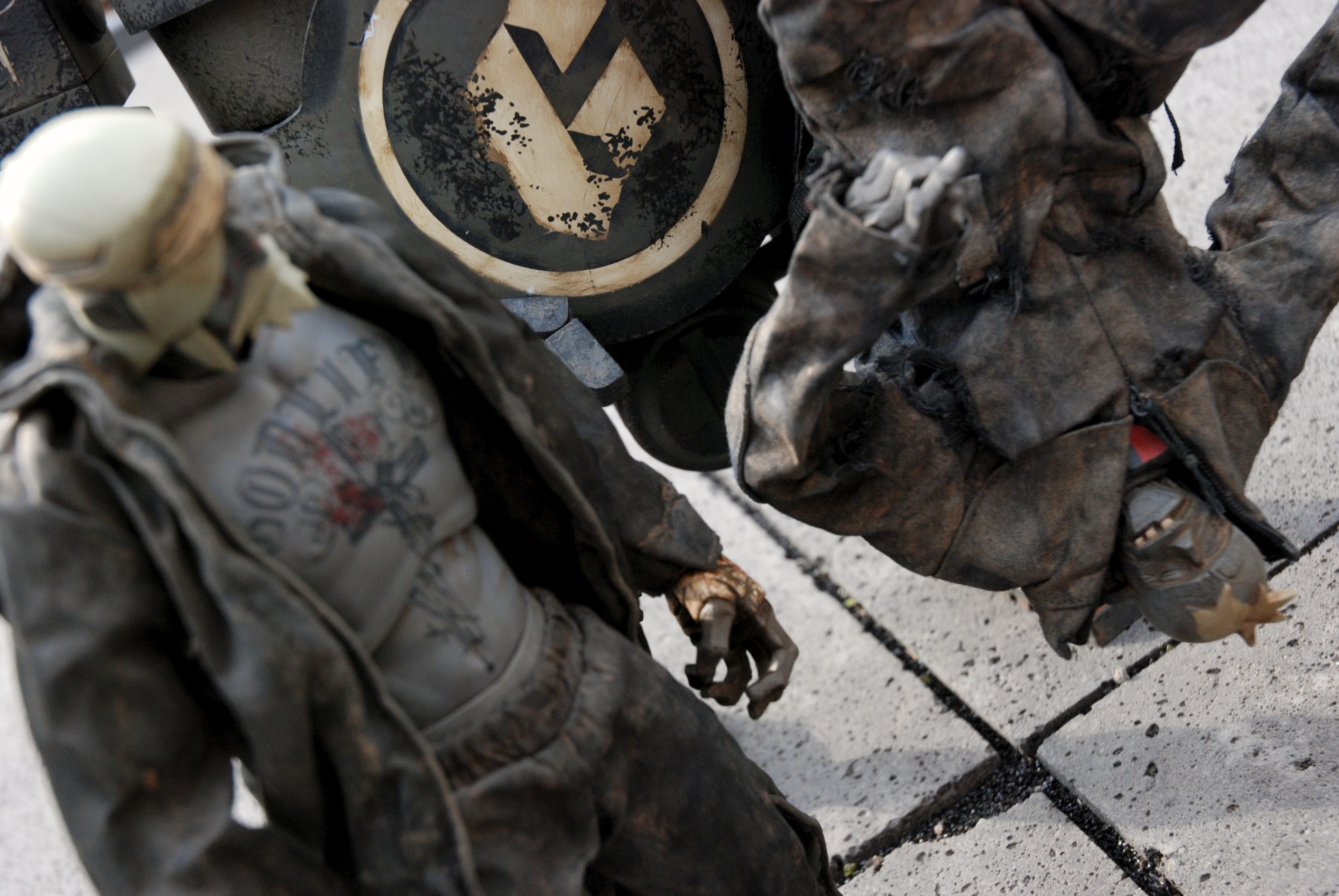 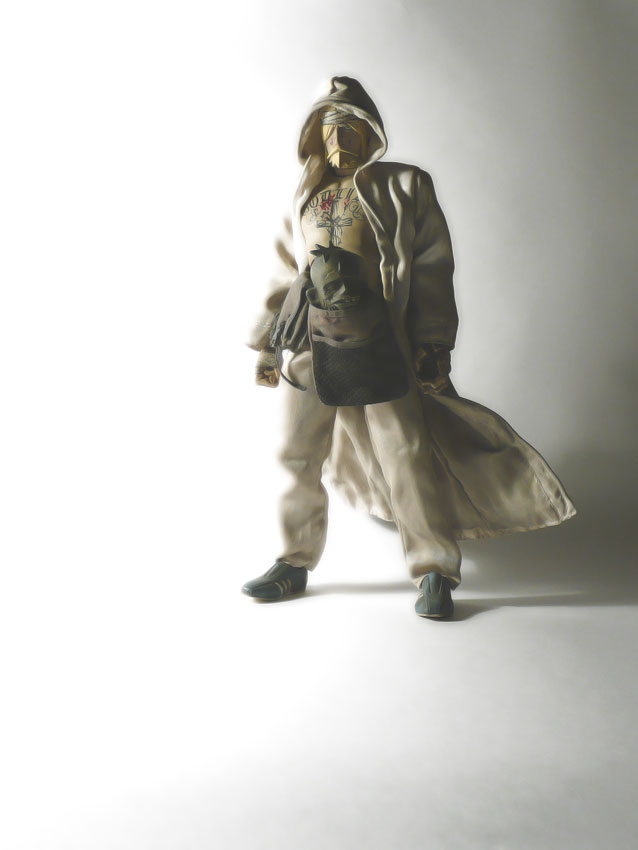 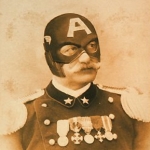 Palm In The Face Fighting JC ::: 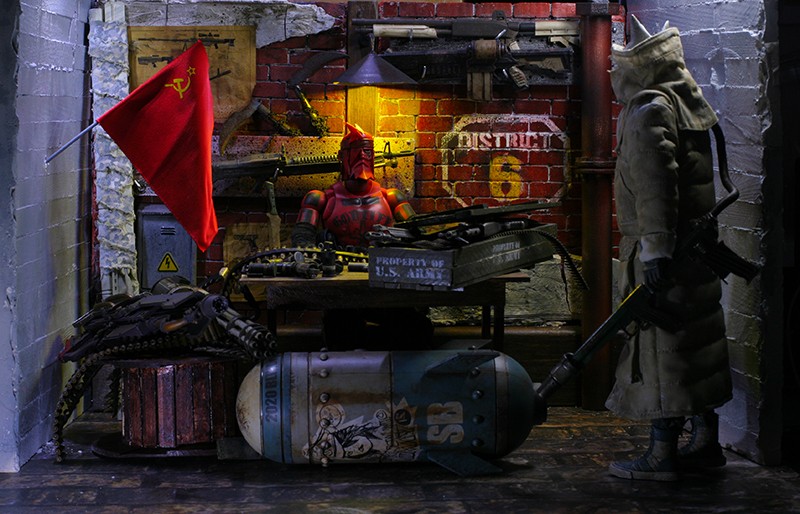 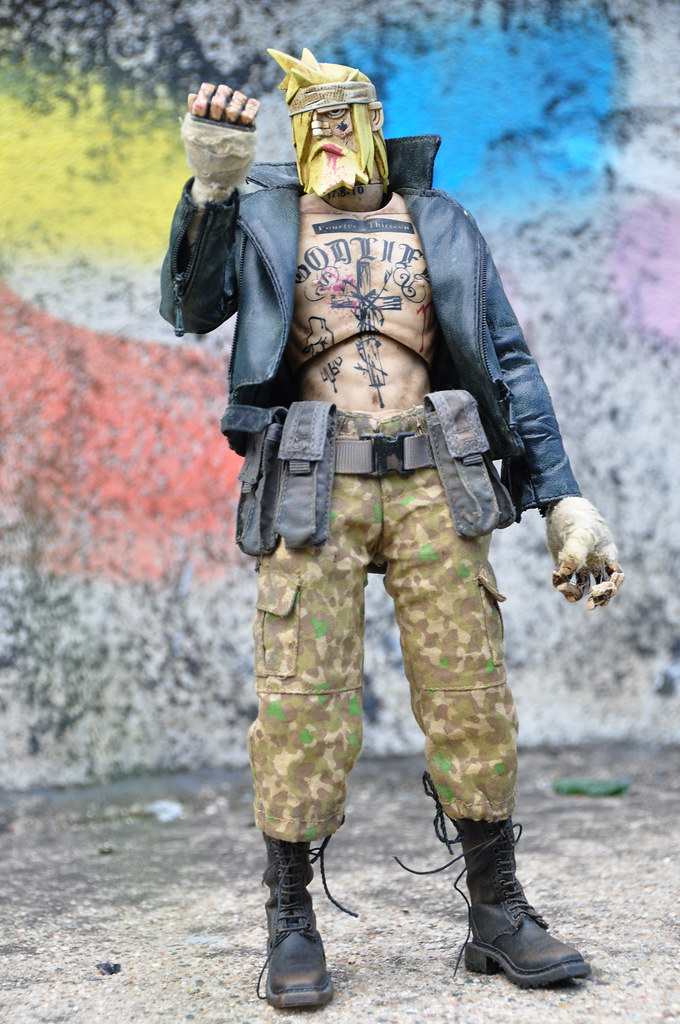 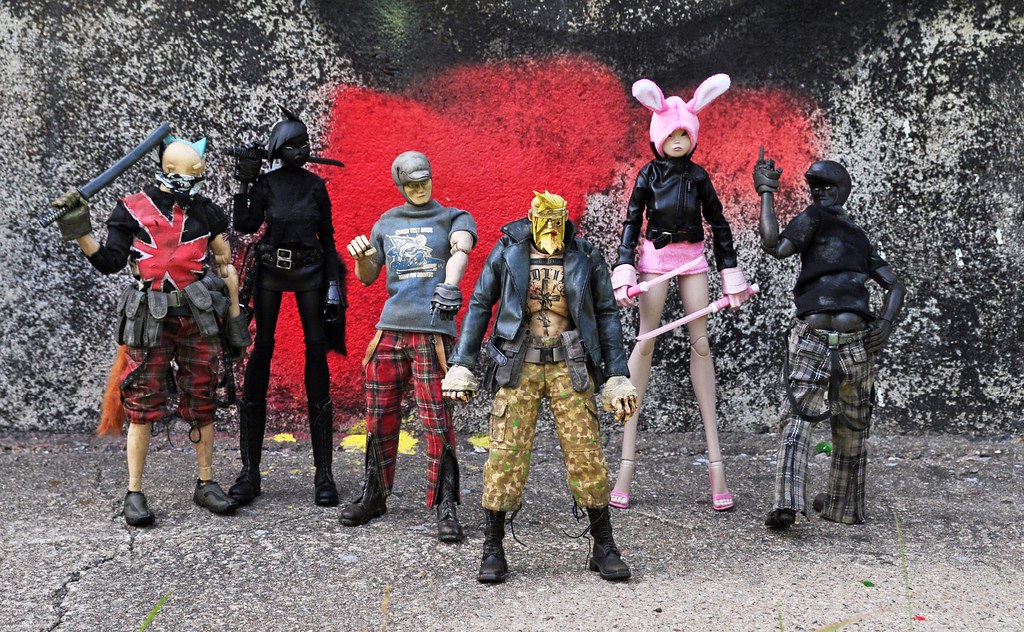 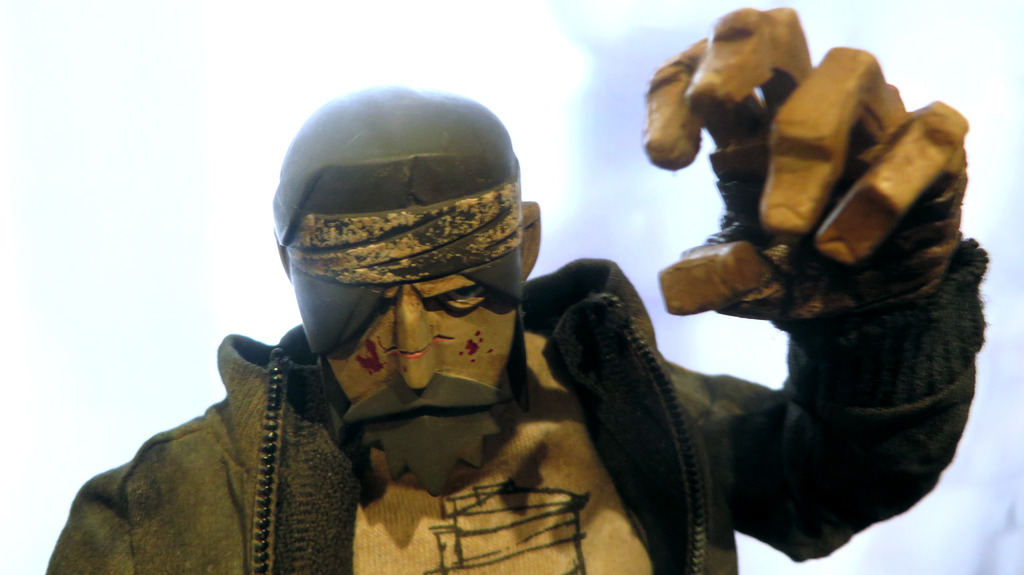 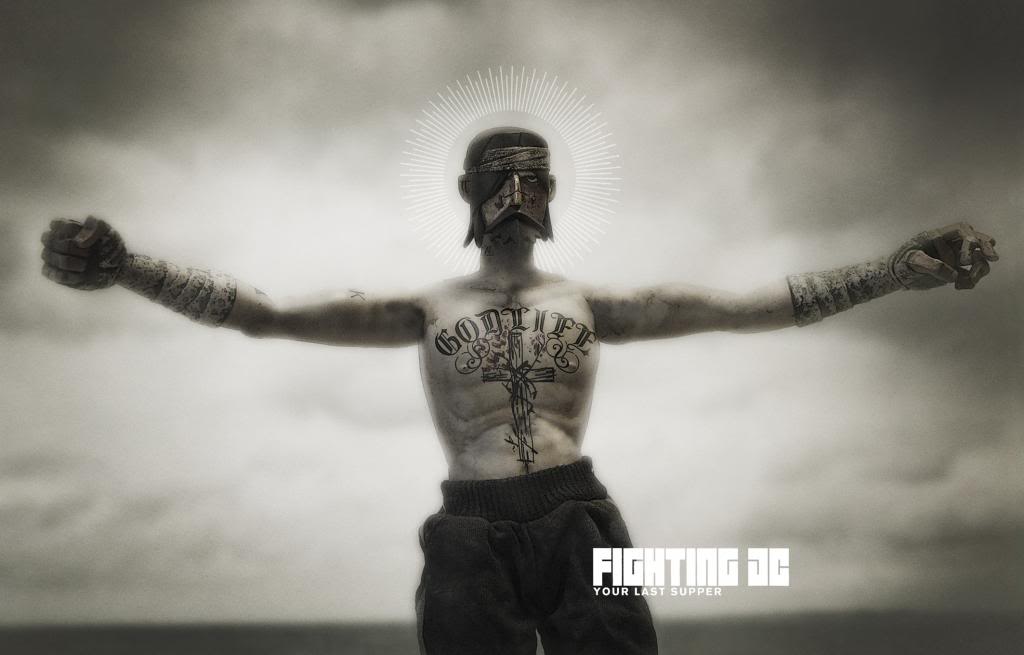 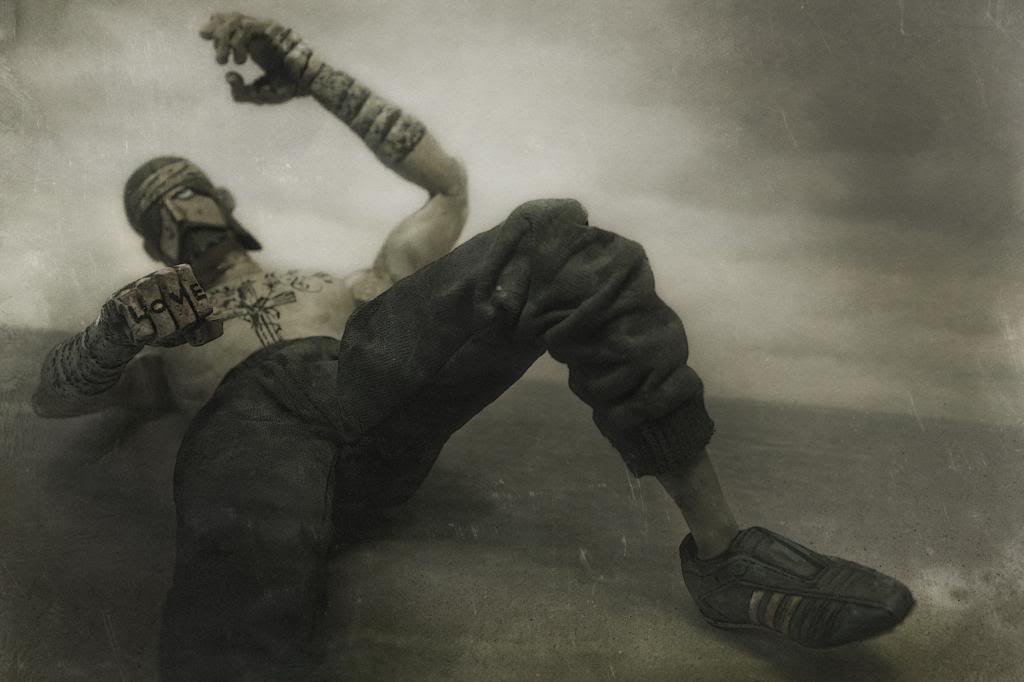 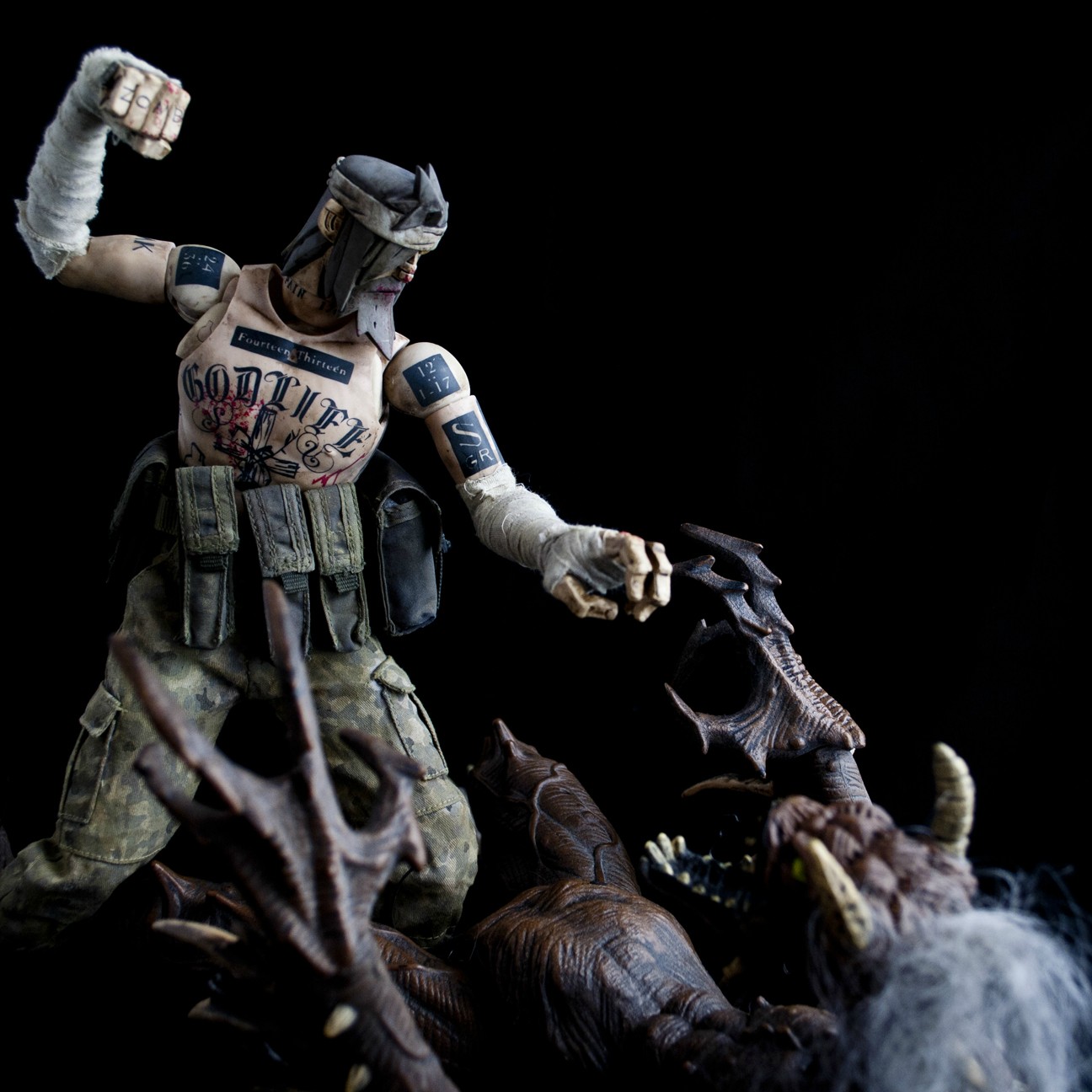 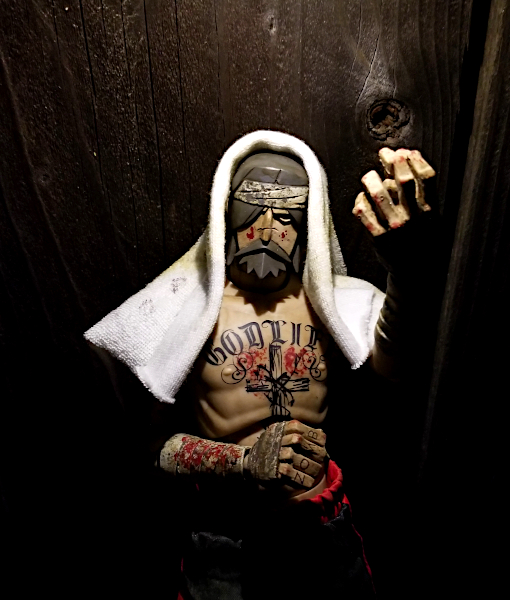 Life (is full of light and shadows) 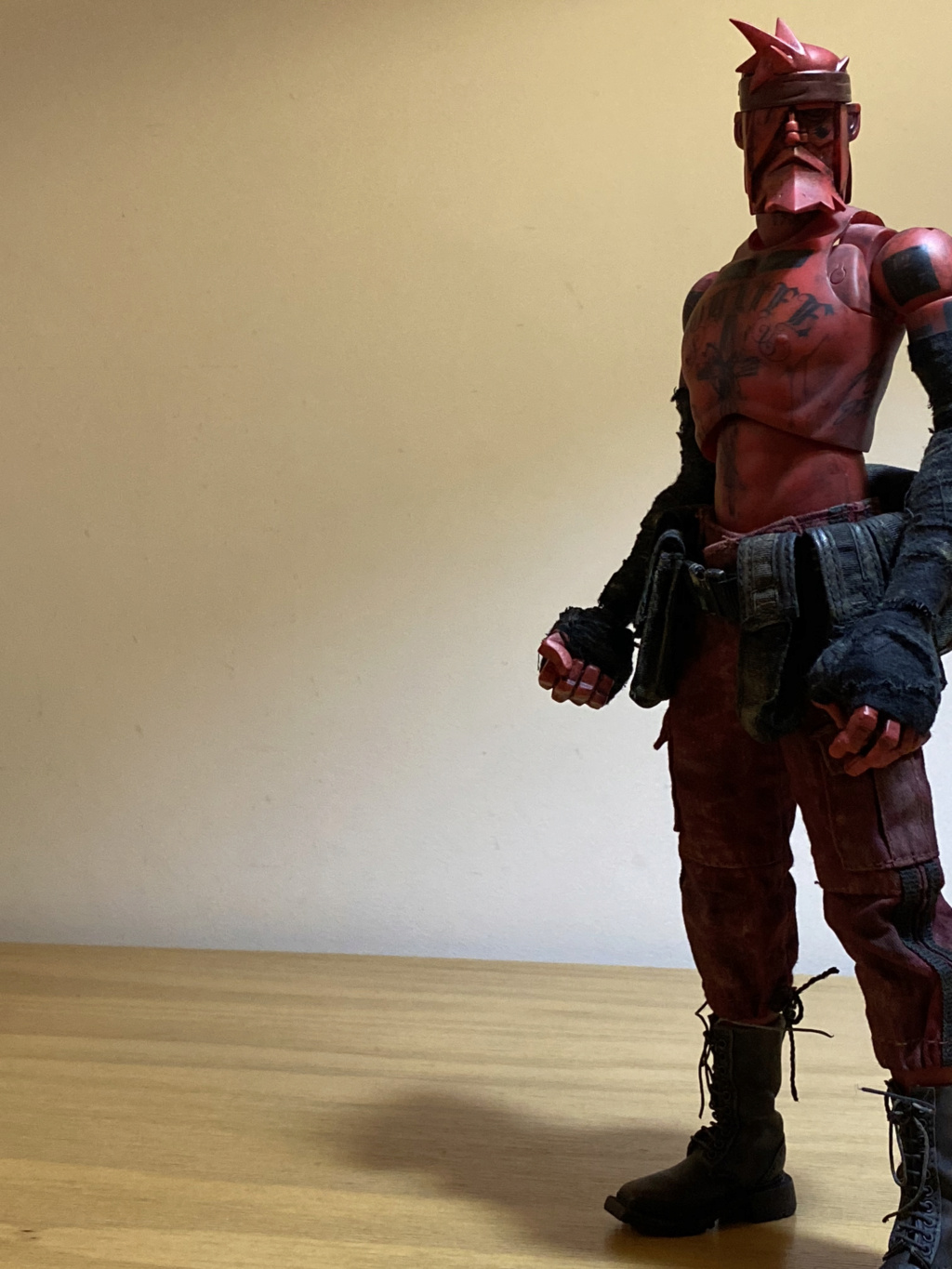 I always wondered how popular Red Night JC (aka Red Atonement JC) actually was.
I got him because of the all new approach of the JC character.
After ignoring the whole Shit Got Real JC variant, hoping threeA would eventually release a Mauro variant...
Especially since we've had tons of Inky, Soy, Shadow, Soot variants of other Adventure Kartel releases...
In hindsight I missed an inky KA Mumb as well. Shadow Nurse.

Personally I think he looked unfinished more like a DIY in red. I think he could have used some unique weathering perhaps like some blue/bluish gray. Hopefully one day I'll be able to finish my custom.

I love the Red Night JC figure body color, but I was never a fan of the outfit and I have never displayed as stock. I completely agree with you Chivo.

Well, the fact that the Zomb head was brand new was an awesome bonus with the figure too.

But yeah, for me I thought the all black eyes and a couple other choices didn't mesh and then as I had him in my collection he just looked out of place with everything else I had at the time. I thought they pulled off Red Edo a bit better. All in all, still a unique variant to put out there.

Oh yeah, I forgot about the zomb head. That was one of the highlights for me. New fun headsculpt!

Chivo wrote:Personally I think he looked unfinished more like a DIY in red.  I think he could have used some unique weathering perhaps like some blue/bluish gray.  Hopefully one day I'll be able to finish my custom.

That was a bit the whole issue I had with Shit Got Real JC. It felt not finished or lacking something.

On top of that I got a severe sticker shock since it was US$130 for a very basic figure. Same with Johan, but at least Johan had a shirt and a banana.
So besides its appearance, and agreed, It feels in hand a bit like a red DIY, the unique zomb head and fear of missing out completely made it something I shouldn't ignore anymore.

Eventually I bought a Shit Got Real JC in Indonesia for a pretty steep price.
Pretty shocked with the state it arrived in. but I start to think tropical weather isn't very designer toy friendly.
However, the boots were mismatched with one having non threeA laces and the top layer was pealing off.
The blister had turned yellowish as well, like someone smoked around it or it had too much sunlight, I don't know.
Anyway, I bought some spare boots (thankyou) on the Legion BST and when I sapped them the soles fell of the "original" ones...

Never felt so miserable about a threeA toy purchase.
But all is okay now and I am glad I finally have a this figure in my collection. 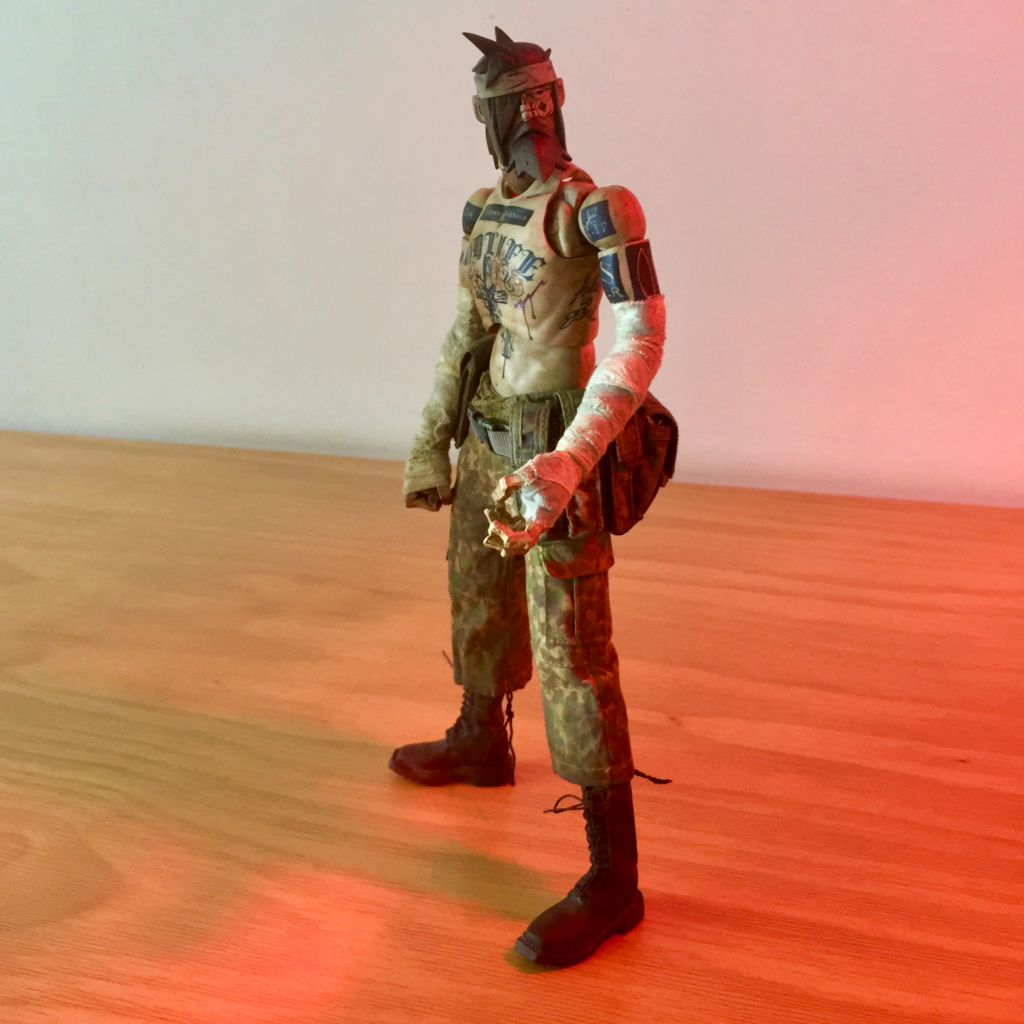